From Infogalactic: the planetary knowledge core
Jump to: navigation, search
For other uses, see Volterra (disambiguation).

Volterra, known to the ancient Etruscans as Velathri, to the Romans as Volaterrae, is a town and comune in the Tuscany region of Italy.

The town was a Neolithic settlement and an important Etruscan center (Velathri or Felathri in Etruscan, Velàthre, Βελάθρη in Greek) with an original civilization. The site is believed to have been continuously inhabited as a city since at least the end of the 8th century BC.[2] It became a municipium in the Roman Age. The city was a bishop's residence in the 5th century, and its episcopal power was affirmed during the 12th century.

With the decline of the episcopate, Volterra became a place of interest of the Florentines, whose forces conquered Volterra. Florentine rule was not always popular, and opposition occasionally broke into rebellion. These rebellions were put down by Florence.

The poet Jacopo da Leona was a judge at Volterra in the 13th century.

When the Florentine Republic fell in 1530, Volterra came under the control of the Medici family and later followed the history of the Grand Duchy of Tuscany. 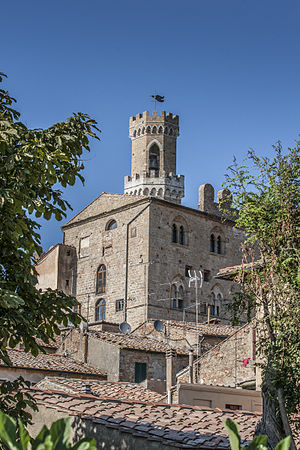 Outside the city, in direction of Lajatico, is the Medici Villa di Spedaletto. Also in the neighborhood, in the Valle Bona area, are excavations of Etruscan tombs. 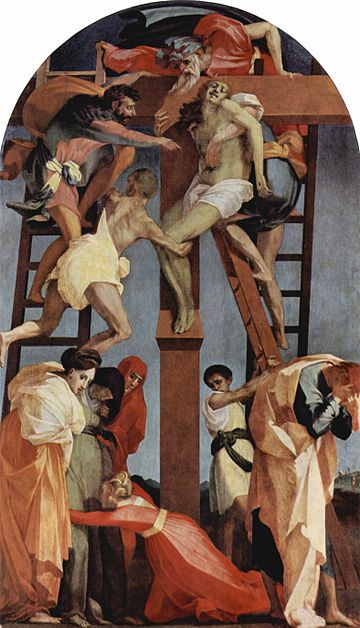 Volterra has a station on the Cecina-Volterra Railway, called Volterra Saline - Pomarance due to its position, in the frazione of Saline di Volterra.

Volterra is twinned with: