The WTA Auckland Open (currently sponsored by ASB as the ASB Classic) is a women's tennis tournament held in Auckland, New Zealand. Held since 1956, this WTA Tour event is an International series tournament and is played on outdoor hardcourts. The tournament takes place during the first week of the year, one week before another ASB Tennis Centre event, men's Auckland Open. An earlier version of the Auckland Open was held from 1956–1982.

At the 2008 tournament, the courts were changed to a blue plexicushion surface, replacing the green Rebound Ace. This was consistent with the surface change that was also implemented at the Australian Open. 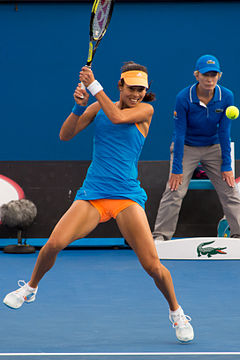 Ana Ivanovic of Serbia was the 2014 singles champion