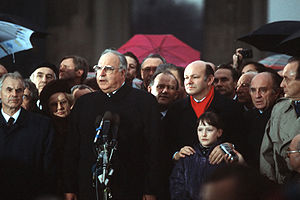 He was born in Sulingen (near Bremen), today Lower Saxony, and is a member of the SPD (Social Democrats).