The Wellcome Trust is a biomedical research charity based in London, United Kingdom. It was established in 1936 with legacies from the pharmaceutical magnate Sir Henry Wellcome to fund research to improve human and animal health. The aim of the Trust is to "achieve extraordinary improvements in health by supporting the brightest minds", and in addition to funding biomedical research it supports the public understanding of science. It has an endowment of around £18 billion.[2]

The Trust has been described by the Financial Times as the United Kingdom's largest provider of non-governmental funding for scientific research and one of the largest providers in the world.[3] In the field of medical research, it is the world's second-largest private funder after the Bill & Melinda Gates Foundation.[4]

The Trust was established to administer the fortune of the American-born pharmaceutical magnate Sir Henry Wellcome.[5] Its income was derived from what was originally called Burroughs Wellcome, later renamed in the UK as the Wellcome Foundation Ltd.[6] In 1986, the trust sold 25% of Wellcome plc stock to the public. Overseen by incoming Director of Finance Ian Macgregor, this marked the beginning of a period of financial growth that saw the Trust's value increase by almost £14bn in 14 years, as their interests moved beyond the bounds of the pharmaceutical industry.[7]

In 1995, the trust divested itself of any interest in pharmaceuticals by selling all remaining stock to Glaxo plc, the company's historic British rival, creating GlaxoWellcome plc. In 2000, the Wellcome name disappeared from the drug business altogether when GlaxoWellcome merged with SmithKline Beecham, to form GlaxoSmithKline plc.

The Wellcome Trust plays an important role in encouraging publication of research in open access repositories[9] such as UK PubMed Central (UKPMC). The Wellcome Trust believes that maximising the distribution of these papers - by providing free, online access - is the most effective way of ensuring that the research can be accessed, read and built upon. In turn, this will foster a richer research culture.[citation needed]

Public engagement and the Wellcome Collection

The Wellcome Collection and Wellcome Library are members of The London Museums of Health & Medicine.

Also known as SDDI, this five year initiative started in October 2005 with the remit "to facilitate the development of drug-like small molecules that address unmet medical needs." SDDI was based in London and managed by Richard Davis.[12] Through early 2010, SDDI had provided more than £80 million across 30 projects split between academic institutions and companies.[12] To early 2010, all but one of the company recipients were either start-ups or spin-outs.[12] In May 2010, an additional £110 million was added to the SDDI fund with the intent to extend the initiative for an additional 5 years.[13]

Purchase of the Co-operative Farms Business

In the summer of 2015, the Wellcome Trust joined the Japanese government, 7 Japanese pharmaceutical and diagnostics companies, The Bill and Melinda Gates Foundation, and the United Nations Development Program as funding partner of the Global Health Innovative Technology Fund (GHIT), which funds scientific research and development for anti-infectives and diagnostics for diseases that primarily affect the developing world.[15][16] 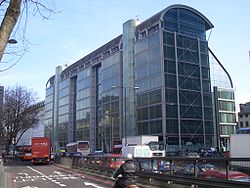