West Lancashire is a non-metropolitan district with the status of a borough in Lancashire, England. Its council is based in Ormskirk. The other town in the borough is Skelmersdale. The population of the District taken at the 2011 census was 110,685.[1] The district was formed in 1974 under the Local Government Act 1972, as a merger of Ormskirk and Skelmersdale and Holland urban districts along with part of West Lancashire Rural District and part of the former Wigan Rural District. 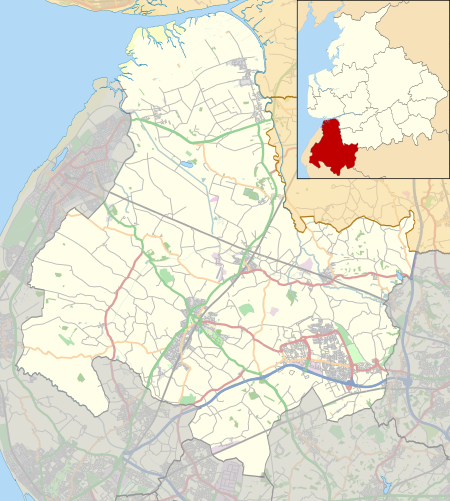 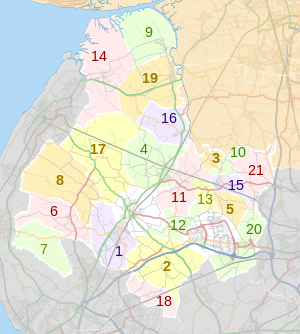 The main towns of Ormskirk (including the village of Westhead) and Skelmersdale are unparished areas.

There is a single parish meeting:

West Lancashire is twinned with: