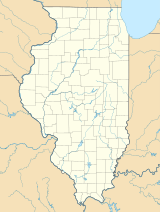 The Western Open was a professional golf tournament on the PGA Tour, first played in 1899 at the Glen View Club in Golf, Illinois. At the time of its final edition in 2006, the Western Open was the third oldest active PGA Tour tournament, after the British Open (1860) and U.S. Open (1895).

Beginning in 2007, the Western Open was renamed the BMW Championship, part of the FedEx Cup playoff series, and played with the PGA Tour's point system as the sole qualification standard. It is not open to amateurs.

The Western Open, founded and run by the Western Golf Association, was first played in 1899. Like the U.S. Open, in its early days it was usually won by visiting professionals from the United Kingdom, or by immigrant pros from the British Isles. In its early decades it was widely regarded as a major championship, although this designation was unofficial and it is generally not included in tallies of golfers' major championship wins.

From the event's inception until 1961, it was played at a variety of midwestern locations, as well as places such as Arizona (Phoenix), Utah (Salt Lake City) and California (San Francisco, Los Angeles). In 1923, the Western Open was held at the Colonial Country Club in Memphis, Tennessee.

Beginning in 1962, the Western Open settled within the Chicago, Illinois area, being played at different courses in and around the city. In 1974, the Western Open found an annual home at the Butler National Golf Club in Oak Brook, Illinois. It stayed this way until shortly after the 1990 tournament, when the PGA Tour adopted a policy of holding events only at clubs which allowed minorities and women to be members. This resulted in Butler National being replaced by the Cog Hill Golf & Country Club in Lemont, southwest of Chicago. Its Dubsdread Course hosted the Western Open from 1991 to 2006.

During the second round of the 1975 tournament, Lee Trevino and Jerry Heard were struck by lightning on the 13th green of Butler National while waiting out a rain delay. Also struck at other parts of the course were Bobby Nichols, Jim Ahern, and Tony Jacklin.[2][3]

In 2007, the Western Open was renamed—and changed in terms of invitational criteria—to the BMW Championship, part of the four-event FedEx Cup Playoff Series. The Western Golf Association continues to run the tournament. The BMW Championship is played the weekend after Labor Day, and is the last FedEx Cup playoff event before The Tour Championship.