Wicomico County (/waɪˈkɒmᵻkoʊ/[1]) is a county located in the southeastern part of the U.S. state of Maryland. As of the 2010 census, the population was 98,733.[2] The county seat is Salisbury.[3] The county was named for the Wicomico River, which in turn derives from Algonquian language words wicko mekee, meaning "a place where houses are built," apparently referring to an Indian town on the banks.

The newspaper of record is The Daily Times.

Wicomico County was created from Somerset and Worcester counties in 1867.

Wicomico County was granted a charter form of government in 1964.

The legislative functions of government are vested in the County Council. The County Council consists of seven members, five of whom are elected from individual districts; the other two are elected at-large. Councilman John Cannon is the current Council President.[4]

Law enforcement in the county is provided by the Wicomico County sheriff's office. The sheriff, Mike Lewis, a Republican, is an elected official. Municipal police agencies exist in the town of Delmar and the cities of Fruitland and Salisbury.

The county's boundary with Delaware is composed of the Mason-Dixon line and the Transpeninsular Line. The intersection of these two historical lines is the midpoint of the Transpeninsular Line, fixed by Mason and Dixon between 1763 and 1767. The midpoint is located about 8 miles (13 km) northwest of Salisbury, near the center of the Delmarva Peninsula. The county is generally flat, characteristic of the region, with a few small hills in the northeast. The lowest elevation is at sea level and the highest elevation is 98 ft (30 m).

There were 37,220 households out of which 28.2% had children under the age of 18 living with them, 44.9% were married couples living together, 15.2% had a female householder with no husband present, and 35.1% were non-families. 25% of households had individuals 65 years of age or older. The average household size was 2.53 and the average family size was 3.01.

Other industries in Wicomico County include electronic component manufacturing, pharmaceuticals, shipbuilding, and agriculture. 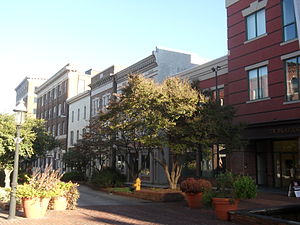