William was an older brother of Ferdinand of Romania. His maternal first cousins included (among others) Carlos I of Portugal, Infante Afonso, Duke of Porto, Frederick Augustus III of Saxony, and Princess Maria Josepha of Saxony.

Between 1880 and 1886, William was heir presumptive to the Romanian throne. On 20 December 1886, he renounced the rights to succeed to the throne of the Kingdom of Romania.[3]

Presumably, William is referred to as W. Hohenzollern in Rudyard Kippling's 1890 poem, "An Imperial Rescript," a poem which speaks of mankind's capitalistic nature over socialism. 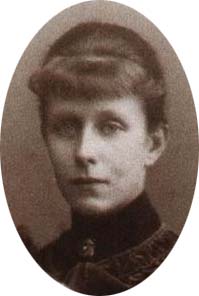 On 27 June 1889, William married Princess Maria Teresa of Bourbon-Two Sicilies.[1][2] Her parents were Prince Louis, Count of Trani and Mathilde Ludovika, Duchess in Bavaria. Louis was the eldest son of Ferdinand II of the Two Sicilies and his second wife Archduchess Maria Theresa of Austria. Mathilde was the fourth daughter of Maximilian, Duke in Bavaria and Princess Ludovika of Bavaria. William and Maria Teresa had three children:[1][2]

William succeeded his father as Prince of Hohenzollern on 8 June 1905. His wife died on 1 May 1909. On 20 January 1915, Wilhelm married secondly Princess Adelgunde of Bavaria. She was a daughter of Ludwig III of Bavaria and Maria Theresia of Austria-Este. There were no children from this marriage.

His title was effectively abolished[citation needed] with the collapse of the German Empire in 1918. He continued to use his princely surname anyway.

On 22 November 1880, William's father, Prince Leopold, renounced his rights to the succession of the principality of Romania[4] in favour of his sons.

Having become familiar with the situation in Romania, the 22-year-old William renounced all rights to the succession of the kingdom (since 1881) of Romania by a letter in French dated on 20 December 1886.[3]

In 1914, upon the death of king Carol I of Romania, William's next brother Ferdinand succeeded in Romania.