From Infogalactic: the planetary knowledge core
Jump to: navigation, search
For other people with the same name, see William Babington. 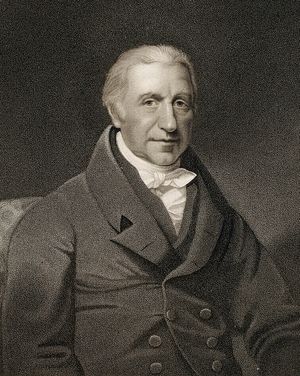 William Babington was born in Portglenone, near Coleraine, Antrim, Ireland. Apprenticed to a practitioner at Londonderry, and afterwards completed his medical education at Guy's Hospital, London, but without at that time taking a medical degree. In 1777 he was made assistant surgeon to Haslar (Naval) Hospital, and held this appointment for four years. He then obtained the position of apothecary to Guy's Hospital, and also lectured on chemistry in the medical school. He resigned the post of apothecary, and, having obtained the necessary degree of MD from the University of Aberdeen in 1795, was elected physician to Guy's Hospital.[1]

Babington was physician to Guy's Hospital from 1795 to 1811. He was a founder member of the Geological Society of London and served as president from 1822 to 1824. He was elected as a Fellow of the Royal Society in 1805.

He was the curator for the enormous mineral collection of John Stuart, 3rd Earl of Bute. When Bute died in 1792, Babington bought the collection. The mineral Babingtonite is named after him.

William and Martha Elizabeth Babington were married before 1794, and had four sons and four daughters between 1794 and 1810. Babington died on 29 April 1833 and was buried at St. Mary Aldermanbury in London.[2] He left a son, Benjamin Guy Babington,[3] also physician to Guy's Hospital, and a daughter, Martha, who married the physician Richard Bright.[4]

Anthony Babington, the Irish politician was a direct descendant.