Barrington was the eldest son of John Barrington, 1st Viscount Barrington, by his wife Anne, daughter of Sir William Daines. The Hon. Daines Barrington, Rear-Admiral the Hon. Samuel Barrington and the Right Reverend the Hon. Shute Barrington, Bishop of Durham, were his younger brothers. He was educated at Geneva, Switzerland, and after succeeding to the title in 1734, he spent some time travelling.

As Barrington's title was in the Peerage of Ireland it did not entitle him to a seat in the British House of Lords. In March 1740 he was returned to the House of Commons as Member of Parliament for Berwick-upon-Tweed (a seat his father had represented from 1714–23). Having taken his seat in the Irish House of Lords in 1745, he was appointed one of the Lords Commissioners of the Admiralty in 1746, and was one of the 'managers' of the impeachment of Lord Lovat.

In 1754, he became Member of Parliament for Plymouth. In 1755 he was made a Privy Counsellor and appointed as Secretary at War in the cabinet of the Duke of Newcastle – a post which held for the next six years throughout the Seven Years' War. During this period his brother led an expedition that captured Guadeloupe. 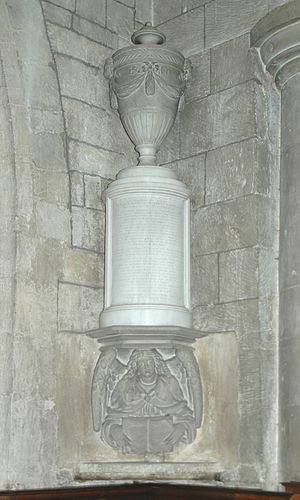 In 1761 was transferred to the office of Chancellor of the Exchequer. In 1762 he became Treasurer of the Navy, and in 1765 returned to his former position of secretary at war. He retained this office until December 1778, and for four months in 1782 was joint postmaster-general.

Lord Barrington married Mary, daughter of Henry Lovell and widow of the Hon. Samuel Grimston, in 1740. There were no surviving children from the marriage. She died in September 1764. Barrington remained a widower until his death at his country estate, Beckett Hall at Shrivenham in Berkshire (now Oxfordshire), in February 1793, aged 76. He was buried in St. Andrew's parish church, Shrivenham. His nephew William Barrington succeeded in the viscountcy.