William Henry Beveridge, 1st Baron Beveridge KCB (5 March 1879 – 16 March 1963) was a British economist, noted progressive and social reformer. He is best known for his 1942 report Social Insurance and Allied Services (known as the Beveridge Report) which served as the basis for the post-World War II welfare state put in place by the Labour government elected in 1945.

Lord Beveridge, considered an authority on unemployment insurance from early in his career, served under Winston Churchill on the Board of Trade as Director of the newly created labour exchanges and later as Permanent Secretary of the Ministry of Food. He was Director of the London School of Economics and Political Science from 1919 until 1937, when he was elected Master of University College, Oxford.

Beveridge published widely on unemployment and social security, his most notable works being: Unemployment: A Problem of Industry (1909), Planning Under Socialism (1936), Full Employment in a Free Society (1944), Pillars of Security (1943), Power and Influence (1953), and A Defence of Free Learning (1959).

Beveridge, the eldest son of Henry Beveridge, an Indian Civil Service officer and scholar Annette Akroyd, was born in Rangpur, India (now Rangpur, Bangladesh), on 5 March 1879. He was educated at Charterhouse, a leading public school near the market town of Godalming in Surrey, followed by Balliol College at the University of Oxford, where he studied Mathematics and Classics, obtaining a First in both. He later studied Law. 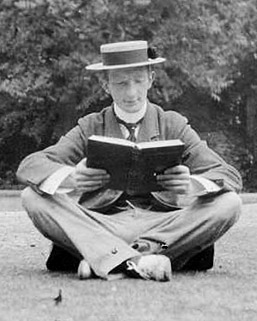 Beveridge at Balliol College in 1898

After leaving university, Beveridge initially became a lawyer. He became interested in the social services and wrote about the subject for the Morning Post newspaper. His interest in the causes of unemployment began in 1903 when he worked at Toynbee Hall, a settlement house in London. There he worked closely with Sidney Webb and Beatrice Webb and was influenced by their theories of social reform, becoming active in promoting old age pensions, free school meals, and campaigning for a national system of labour exchanges.

In 1908, now considered to be the United Kingdom's leading authority on unemployment insurance, he was introduced by Beatrice Webb to Winston Churchill, who had recently been promoted to the Cabinet as President of the Board of Trade. Churchill invited Beveridge to join the Board of Trade, and he organised the implementation of the national system of labour exchanges and National Insurance to combat unemployment and poverty. During the First World War he was involved in mobilising and controlling manpower. After the war, he was knighted and made permanent secretary to the Ministry of Food.

In 1919 he left the civil service to become director of the London School of Economics and Political Science. Over the next few years he served on several commissions and committees on social policy. He was so highly influenced by the Fabian Society socialists – in particular by Beatrice Webb, with whom he worked on the 1909 Poor Laws report – that he could readily be considered one of their number. He published academic economic works including his early work on unemployment (1909) and a large historical study of prices and wages (1939). The Fabians made him a director of the LSE in 1919, a post he retained until 1937. During his time as Director, he jousted with Edwin Cannan and Lionel Robbins, who were trying to steer the LSE away from its Fabian roots.

In 1933 he helped set up the Academic Assistance Council. This helped prominent academics who had been dismissed from their posts on grounds of race, religion or political position to escape Nazi persecution. In 1937, Beveridge was appointed Master of University College, Oxford. 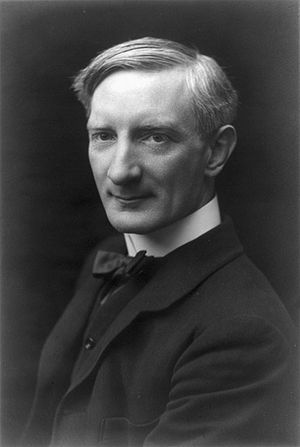 Three years later, Ernest Bevin, Minister of Labour in the wartime National government, invited Beveridge to take charge of the Welfare department of his Ministry. Beveridge refused, but declared an interest in organising British manpower in wartime (Beveridge had come to favour a strong system of centralised planning). Bevin was reluctant to let Beveridge have his way but did commission him to work on a relatively unimportant manpower survey from June 1940 and so Beveridge became a temporary civil servant. Neither Bevin nor the Permanent Secretary of the Ministry Sir Thomas Phillips liked working with Beveridge as both found him conceited.[1]

An opportunity for Bevin to ease Beveridge out presented itself in May 1941 when Minister of Health Ernest Brown announced the formation of a committee of officials to survey existing social insurance and allied services, and to make recommendations. Although Brown had made the announcement, the inquiry had largely been urged by Minister without Portfolio Arthur Greenwood, and Bevin suggested to Greenwood making Beveridge chairman of the committee. Beveridge, at first uninterested and seeing the committee as a distraction from his work on manpower, accepted only reluctantly.[2]

The Report to the Parliament on Social Insurance and Allied Services was published in 1942. It proposed that all people of working age should pay a weekly national insurance contribution. In return, benefits would be paid to people who were sick, unemployed, retired or widowed. Beveridge argued that this system would provide a minimum standard of living "below which no one should be allowed to fall". It recommended that the government should find ways of fighting the five 'Giant Evils' of Want, Disease, Ignorance, Squalor and Idleness. Beveridge included as one of three fundamental assumptions the fact that there would be a National Health Service of some sort, a policy already being worked on in the Ministry of Health.[3]

Beveridge's arguments were widely accepted. He appealed to conservatives and other sceptics by arguing that welfare institutions would increase the competitiveness of British industry in the post-war period, not only by shifting labour costs like healthcare and pensions out of corporate ledgers and onto the public account but also by producing healthier, wealthier and thus more motivated and productive workers who would also serve as a great source of demand for British goods.

Beveridge saw full employment (defined as unemployment of no more than 3%) as the pivot of the social welfare programme he expressed in the 1942 report. Full Employment in a Free Society, written in 1944 expressed how this goal might be gained.[4] Alternative measures for achieving it included Keynesian-style fiscal regulation, direct control of manpower, and state control of the means of production. The impetus behind Beveridge's thinking was social justice, and the creation of an ideal new society after the war. He believed that the discovery of objective socio-economic laws could solve the problems of society. 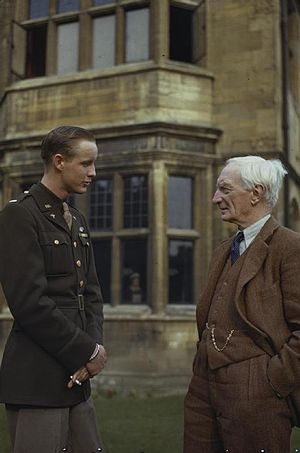 Later in 1944, Beveridge, who had recently joined the Liberal Party, was elected to the House of Commons in a by-election to succeed George Charles Grey, who had died on the battlefield in Normandy, France, on the first day of Operation Bluecoat on 30 July 1944. Beveridge briefly served as Member of Parliament (MP) for the constituency of Berwick-upon-Tweed, during which time he was prominent in the Radical Action group, which called for the party to withdraw from the war-time electoral pact and adopt more radical policies. However, he lost his seat at the 1945 general election, when he was defeated by the Conservative candidate, Robert Thorp, by a majority of 1,962 votes.

The following year the new Labour Government began the process of implementing Beveridge's proposals that provided the basis of the modern Welfare State. Clement Attlee and the Labour Party defeated Winston Churchill's Conservative Party in the 1945 general election. Attlee announced he would introduce the Welfare State outlined in the 1942 Beveridge Report. This included the establishment of a National Health Service in 1948 with taxpayer funded medical treatment for all. A national system of benefits was also introduced to provide 'social security' so that the population would be protected from the 'cradle to the grave'. The new system was partly built on the National Insurance scheme set up by Lloyd George in 1911.

In 1946 Beveridge was raised to the peerage as Baron Beveridge, of Tuggal in the County of Northumberland,[5] and eventually became leader of the Liberals in the House of Lords. He was the author of Power and Influence (1953).

He was the President of the charity Attend[6] (then the National Association of Leagues of Hospital Friends) from 1952-1962.

Beveridge was a member of the Eugenics Society, which promoted the study of methods to 'improve' the human race by controlling reproduction. In 1909, he proposed that men who could not work should be supported by the state "but with complete and permanent loss of all citizen rights – including not only the franchise but civil freedom and fatherhood."[7] Whilst director of the London School of Economics, Beveridge attempted to create a Department of Social Biology. Though never fully established, Lancelot Hogben, a fierce anti-eugenicist, was named its Chair. Former LSE Director John Ashworth speculated that discord between those in favour and those against the serious study of eugenics led to Beveridge's departure from the school in 1937.[8]

In the 1940s, Beveridge credited the Eugenics Society with promoting the children's allowance, which was incorporated into his 1942 report. However, whilst he held views in support of eugenics, he did not believe the report had any overall "eugenic value".[9] Professor Danny Dorling of the University of Sheffield says "there is not even the faintest hint" of eugenic thought in the report.[10]

Dennis Sewell states that "On the day the House of Commons met to debate the Beveridge Report in 1943, its author slipped out of the gallery early in the evening to address a meeting of the Eugenics Society at the Mansion House. ... His report he was keen to reassure them, was eugenic in intent and would prove so in effect. ... The idea of child allowances had been developed within the society with the twin aims of encouraging the educated professional classes to have more children than they currently did and, at the same time, to limit the number of children born to poor households. For both effects to be properly stimulated, the allowance needed to be graded: middle-class parents receiving more generous payments than working-class parents. ... The Home Secretary had that very day signalled that the government planned a flat rate of child allowance. But Beveridge alluding to the problem of an overall declining birth rate, argued that even the flat rate would be eugenic. Nevertheless, he held out hope for the purists. 'Sir William made it clear that it was in his view not only possible but desirable that graded family allowance schemes, applicable to families in the higher income brackets, be administered concurrently with his flat rate scheme,' reported the Eugenics Review.[11][12] 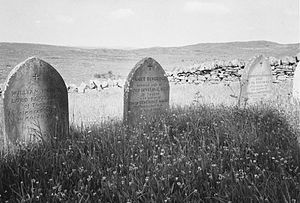 The graves of Lord and Lady Beveridge

Lord Beveridge married Jessy Janet, daughter of William Philip and widow of David Mair, in 1942. He died at his home on 16 March 1963, aged 84,[13] and was buried in Thockrington churchyard, on the Northumbrian moors. His barony became extinct upon his death. His last words, as he sat up in bed whilst still working on his 'History of Prices',[citation needed] were "I have a thousand things to do".[14]