Bridgeman was born in London, UK, the son of Reverend Hon. John Robert Orlando Bridgeman, third son of the 2nd Earl of Bradford, and Marianne Caroline Clive. He was educated at Eton and Trinity College, Cambridge.[1] While at Cambridge, he played first-class cricket for the Cambridge University Cricket Club.[2] He was also secretary of the Pitt Club.[3]

Bridgeman entered a career in politics early, becoming assistant private secretary to Lord Knutsford, the Colonial Secretary (1889–1892), and then to Sir Michael Hicks-Beach, the Chancellor of the Exchequer from 1895 to 1897. In 1897 he became a member of the London School Board, and in 1904 he was elected to the London County Council. In 1906 he was elected as a member of parliament (MP) for Oswestry, staying in this seat until his retirement in 1929.

In 1911, Bridgeman became an opposition whip, and became a government whip in the Asquith coalition government in 1915. From 1915 to 1916, he was Lord of the Treasury and Assistant Director of the War Trade Department. With the creation of Lloyd George's coalition in 1916, Bridgeman became Parliamentary Secretary to the Ministry of Labour until 1919, and then Parliamentary Secretary to the Board of Trade in 1919 and 1920, and then served as Secretary for Mines from 1920 to 1922. In these roles, Bridgeman became a devoted opponent of strikes and socialism, although he came to admire more moderate trade unionists. He was appointed to the Privy Council on 13 October 1920.

In October 1922, Bridgeman was one of the leaders of the Conservative revolt against the coalition's leadership, and he became Home Secretary in the new Conservative governments of Andrew Bonar Law and Stanley Baldwin from 1922 until January 1924. He developed here a reputation for harshness and resolve, which continued in his time as First Lord of the Admiralty from November 1924 to June 1929. Throughout, he was one of Conservative leader Stanley Baldwin's closest allies. Bridgeman retired from the Commons in 1929, and that same year was created Viscount Bridgeman, of Leigh in the County of Shropshire.

In his later years, he served as chairman of various commissions and committees, as well as, briefly, Chairman of the BBC. He became Justice of Peace and Deputy Lieutenant of Shropshire, and received an Honorary Doctor of Law from the University of Cambridge in 1930. 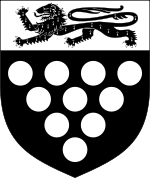