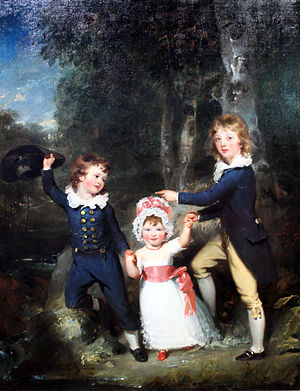 Portrait of the Children of Lord George Cavendish, 1790, by Sir Thomas Lawrence, showing William at right

(Upon William's accession as Duke of Devonshire in 1858, his siblings were granted precedence of the children of a duke by Royal Warrant.)

William predeceased his father in 1812; his father was subsequently created Earl of Burlington in 1831, a title which passed to William's son William, who also succeeded as Duke of Devonshire.