William Strang RA (13 February 1859 – 12 April 1921) was a Scottish painter and printmaker, notable for illustrating the works of Bunyan, Coleridge and Kipling.

He was born at Dumbarton, the son of Peter Strang, builder, and educated at the Dumbarton Academy. He worked for fifteen months in the counting-house of a firm of shipbuilders before going to London in 1875 when he was sixteen. There he studied art under Alphonse Legros at the Slade School for six years.[1] Strang became assistant master in the etching class, and had great success as an etcher. He was one of the original members of the Royal Society of Painter-Etchers, and his work was a part of their first exhibition in 1881. Some of his early plates were published in The Portfolio and other art magazines. 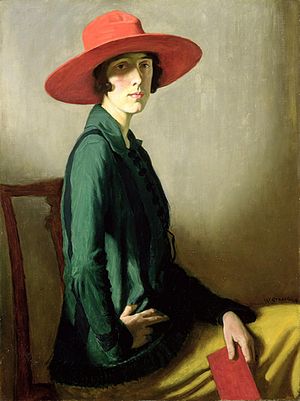 He worked in many manners, etching, dry point, mezzotint, sand-ground mezzotint, and burin engraving. Lithography and wood-cutting were also used by him to create pictures. He cut a large wood engraving of a man ploughing, later published by the Art for Schools Association. A privately produced catalogue of his engraved work contained more than three hundred items. Amongst his earlier works were Tinkers, St. Jerome, A Woman Washing Her Feet, An Old Book-stall with a Man Lighting His Pipe from a Flare, and The Head of a Peasant Woman on sand-ground mezzotint. Later plates such as Hunger, The Bachelor's End and The Salvation Army were also important.

Some of his best etchings were done as series—one of the earliest, illustrating poet William Nicholson's Ballad of Aken Drum, is remarkable for clear, delicate workmanship in the shadow tones, showing great skill and power over his materials, and for strong drawing. Another praised series was The Pilgrim's Progress, revealing austere sympathy with John Bunyan's teaching. Samuel Taylor Coleridge's Ancient Mariner and Strang's own Allegory of Death and The Plowman's Wife, have served him with suitable imaginative subjects. Some of Rudyard Kipling's stories were also illustrated by him, and his likeness of Kipling was one of his most successful portrait plates. Other etched portraits included those of Ernest Sichel and of J.B. Clark, with whom Strang collaborated in illustrating Baron Munchausen (1895) and Sinbad the Sailor and Ali Baba (1896).

Thomas Hardy, Sir Henry Newbolt and other distinguished men also sat for him. Proofs from these plates have been much valued; in fact, Strang's portrait etchings began a new form of reproductive portraiture.

Strang produced a number of paintings,[2] portraits, nude figures in landscapes, and groups of peasant families, which were exhibited at the Royal Academy, The International Society, and several German exhibitions. He painted a decorative series of scenes from the story of Adam and Eve for the library of a Wolverhampton landowner named Hodson; they were exhibited at the Whitechapel exhibition in 1910. Some of his nude model drawings in silver point and red and black chalk are very beautiful as well as powerful and true.

He also painted landscapes, mostly small in size. In later years he developed a style of drawing in red and black chalk, with the whites and high lights rubbed out, on paper stained with water colour. His method gives qualities of delicate modelling and refined form and gradations akin to the drawings of Hans Holbein the Younger. He drew portraits in this manner of many members of the Order of Merit for the royal library at Windsor Castle. In 1902 Strang retired from the Royal Society of Painter-Etchers, as a protest against the inclusion in its exhibitions of etched or engraved reproductions of pictures. His work was subsequently seen principally in the exhibitions of the Royal Academy, the Society of Twelve and the International Society, to which he was elected in 1905. Strang was also elected an associate engraver of the Royal Academy when that degree was revived in 1906.[3] William Strang was master of the Art Workers Guild in 1907. His portrait can be seen at the Art Workers Guild 6 Queen Square London WC1N 3AT. He is buried at Kensal Green Cemetery, London.[4]

Strang also ventured into literature, creating "Death and the Ploughman's Wife", an illustrated ballad in 1888 (published 1894 by Lawrence and Bullen). He also wrote short stories but these were not published.

William married Agnes McSymon Rogerson (d.1933), also from Dumbarton, in 1885. They had four sons and one daughter.

In 1955 David Strang gifted the bulk of William Strang's etchings to the National Gallery of Scotland, many of which were annotated by David for clarification on subject matter.[7]