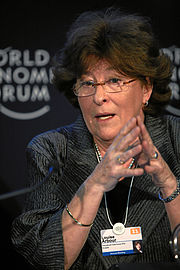 Louise Arbour CC GOQ (born 1947) was the UN High Commissioner for Human Rights, a former justice of the Supreme Court of Canada and the Court of Appeal for Ontario and a former Chief Prosecutor of the International Criminal Tribunals for the former Yugoslavia and Rwanda.

In the US, while women made up 34% of the legal profession in 2014, women are underrepresented in senior positions in all areas of the profession. Women of color are even more underrepresented in the legal profession.[1] In private practice law firms, women make up just 4% of managing partners in the 200 biggest law firms.[1] In 2014 in Fortune 500 corporations, 21% of the general counsels were women, of which only 10.5% were African-American, 5.7% were Hispanic, 1.9% were Asian-American/Pacific Islanders, and 0% were Middle Eastern.[1] In 2009, 21.6% of law school Deans were women. Women held 27.1% of all federal and state judge positions in 2012.[1] In the US, "[w]omen of color were more likely than any other group to experience exclusion from other employees, racial and gender stereotyping."[2] There are few women law school deans; the list includes Joan Mahoney, Barbara Aronstein Black at Columbia Law School, Elena Kagan at Harvard Law School, Kathleen Sullivan at Stanford Law School, and the Hon. Kristin Booth Glenn and Michelle J. Anderson at the City University of New York School of Law. 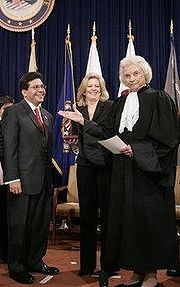 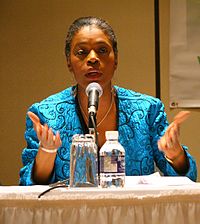 Anita L. Allen (born 1953)[3] is a professor of law and professor of philosophy at the University of Pennsylvania Law School. In 2010 President Barack Obama named Allen to the Presidential Commission for the Study of Bioethical Issues. She is a Hastings Center Fellow.

In the legal profession in the US, "[w]omen of color were more likely than any other group to experience exclusion from other employees, racial and gender stereotyping."[2] About 11.0% of associates in the US are women of color and "[o]nly 2.3% of partners were women of color." [2] "In 2011, there were only 19 women of color general counsels in the Fortune 500" companies.[2]

In 2010 in Canada, "there were 22,261 practicing women lawyers and 37,617 practicing men lawyers." [2] Canadian studies show that "50% of lawyers said they felt their firms were doing "poorly" or "very poorly" in their provision of flexible work arrangements."[2] More women lawyers found it "difficult to manage the demands of work and personal/family life" than men, with 75% of women reporting these challenges versus 66% of men associates.[2] A 2010 report about Ontario lawyers from 1971 to 2006 indicates that "...racialized women accounted for 16% of all lawyers under 30, compared to 5% of lawyers 30 and older in 2006. Visible minority lawyers accounted for 11.5% of all lawyers in 2006. Aboriginal lawyers accounted for 1.0% of all lawyers in 2006.[2]

Center for Women in Law (US)

The Center for Women in Law is a US organization set up and funded by women, says it is "devoted to the success of the entire spectrum of women in law ... serves as a national resource to convene leaders, generate ideas, and lead change".[4] It combines theory with practice, addressing issues facing individuals and the profession as a whole. The Center is a Vision 2020 National Ally.[5] The Center was founded in 2008 by a group of women, many of whom were alumnae of The University of Texas School of Law, and many of whom graduated from law school in earlier decades when it was not common for women to pursue law as a career. The group began discussing the issues faced by women lawyers and became determined to understand fully and address effectively the underlying causes of the barriers to advancement faced by women lawyers. The Austin Manifesto calls for specific, concrete steps to tackle the obstacles facing women in the legal profession today. The center holds summits and meetings on issues affecting women in the legal profession.

The National Women's Law Center (NWLC) is a United States non-profit organization founded in 1972 and based in Washington, D.C. The Center advocates for women's rights through litigation and policy initiatives. It began when female administrative staff and law students at the Center for Law and Social Policy demanded that their pay be improved, that the center hire female lawyers, that they no longer be expected to serve coffee, and that the center create a women's program.[6] Marcia Greenberger was hired in 1972 to start the program and Nancy Duff Campbell joined her in 1978.[6] In 1981, the two decided to turn the program into the separate National Women's Law Center.[6][7]

Women's Legal Education and Action Fund, referred to by the acronym LEAF, is the "...only national organization in Canada that exists to ensure the equality rights of women and girls under the law.".[8] Established on April 19, 1985, LEAF was formed in response to the enactment of Section 15 of the Canadian Charter of Rights and Freedoms to ensure that there was fair and unbiased interpretation of women’s Charter rights by the courts. LEAF performs legal research and intervenes in appellate and Supreme Court of Canada cases on women's issues . LEAF has been an intervener in many significant decisions of the Supreme Court of Canada, particularly cases involving section 15 Charter challenges. In addition to its legal work, LEAF also organizes speaking engagements and projects that allow lawyers interested in women’s rights to educate one another, to educate the public, and to create collective responses to legal issues related to women’s equality. LEAF was created by founding mother Doris Anderson and other women.[9]

Women in Law and Litigation (India)

Women in Law and Litigation (WILL) was formed in India in 2014 by women lawyers, judges and legal professionals to deal with gender discrimination faced by women in the field of law. The litigating public prefers to deal with male lawyers.[10] The society was formed under the supervision of Supreme Court of India and the justice of Supreme Court of India, Ranjana Desai.[11] WILL was formed to provide professional support, advocacy skills, and a platform for discussion on ways for development of women lawyers. Justice Hima Kohli of the High Court (Delhi) defined WILL as the society would be a "way to give back to the system for senior lawyers and legal practitioners who have "reached high positions".[10]

The liberal equality model operates from within the liberal legal paradigm and generally embraces liberal values and the rights-based approach to law, though it takes issue with how the liberal framework has operated in practice. The difference model emphasizes the significance of gender differences and holds that these differences should not be obscured by the law, but should be taken into account by it. The dominance model rejects liberal feminism and views the legal system as a mechanism for the perpetuation of male dominance. Feminists from the postmodern camp have deconstructed the notions of objectivity and neutrality, claiming that every perspective is socially situated. 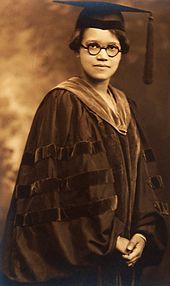 Sadie Tanner Mossell Alexander receiving her Ph.D. at the University of Pennsylvania. 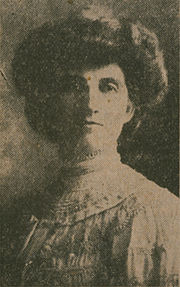 Canadian Clara Brett Martin became the first woman lawyer in the British Empire in 1897 after a lengthy dispute with the Law Society of Upper Canada, which argued–unsuccessfully–that only men could become lawyers.

At the end of the nineteenth century, Canadian women were barred from participation in, let alone any influence on or control over, the legal system–women could not become lawyers, magistrates, judges, jurors, voters or legislators. Clara Brett Martin (1874 – 1923) became the first female lawyer in the British Empire in 1897 after a lengthy debate in which the Law Society of Upper Canada tried to prevent her from joining the legal profession. After graduating with a Bachelor of Arts in 1891, Martin submitted a petition to the Law Society to become a member. Her petition was rejected by the Society after contentious debate, with the Society ruling that only men could be admitted to the practice of law, because the Society's statute stated that only a "person" could become a lawyer. At that time, women were not considered to be "persons" in Canada, from a legal perspective. W.D. Balfour sponsored a bill that provided that the word "person" in the Law Society's statute should be interpreted to include females as well as males. Martin’s cause was also supported by prominent women of the day including Emily Stowe and Lady Aberdeen. With the support of the Premier, Oliver Mowat, legislation was passed on April 13, 1892, which permitted the admission of women as solicitors.

Some Canadian lawyers have become notable for their achievements in politics, including Kim Campbell, Mélanie Joly, Anne McLellan, Rachel Notley and Jody Wilson-Raybould. 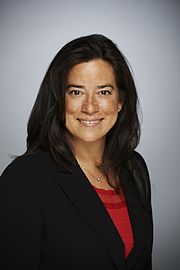 Jody Wilson-Raybould is Minister of Justice and Attorney General of Canada. She is the first Indigenous person to be named to this post.