Word games (also called word game puzzles) are spoken or board games often designed to test ability with language or to explore its properties.

Word games are generally engaged as a source of entertainment, but have been found to serve an educational purpose as well. For instance, young children can find enjoyment playing modestly competitive games such as Hangman, while naturally developing important language skills like spelling. Solving crossword puzzles, which requires familiarity with a larger vocabulary, is a pastime that mature adults have long credited with keeping their minds sharp.

There are popular televised word games with valuable monetary prizes for the winning contestants. Many word games enjoy international popularity across a multitude of languages, while some are unique to English-speakers.

A word game or word puzzle can be of several different types: 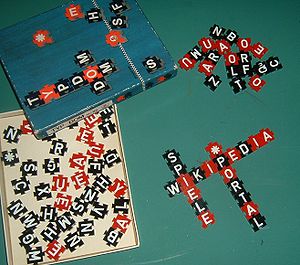 The goal is to form words out of given letters.

Games focusing on the semantics of words.

These are games based on words and letters.