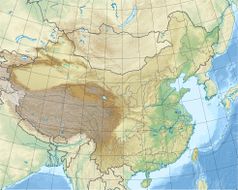 The World Ladies Championship is a golf tournament on the Ladies European Tour. It was played at the Mission Hills Haikou in Haikou, China from 2012 to 2015. It moved to the Mission Hills Golf Club in 2016.[1] It is played as both an individual and team tournament. Only the individual event is an official money/official win event.

Tournament names through the years: