The Young Farmers' Clubs of Ulster (YFCU) was founded in 1929 by W.S Armour[1] in Limavady, Northern Ireland. Since its creation, YFCU has grown into an association of 60 local self-governing and youth-led clubs, with a headquarters based in Belfast.

The association is strategically managed by a peer-elected Board of Directors who serve as the Executive Committee.[2]

YFCU is for young people aged 12 to 30 years. The association is strictly non-political and non-sectarian and is open to anyone, no matter of his or her ethnic background, religion or profession. There is no requirement to be a farmer or come from a farming background to join – the only requirement for membership is an interest in rural life.

William Rankin, BAgr, put it accurately in a series of articles he contributed to The Ulster Young Farmer about the early days of the movement when he wrote:

"It required courage, vision, inspiration and absolute belief in one's own convictions to attempt anything like creating an organisation for young farmers in those days, and Northern Ireland was fortunate that such a man was found in the person of W.S. Armour'."[3] 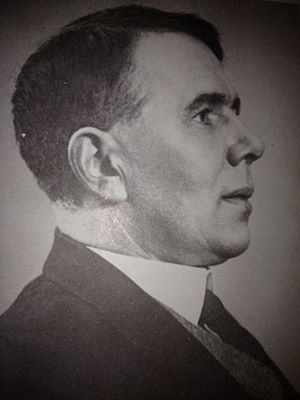 William Staveley Armour, was a North Antrim man, born in the town of Ballymoney in 1883, the eldest son of the illustrious rev, J.B. Armour, a man known throughout Ulster for his leadership of the local farmers in the Tenant Right Campaign of the 1870s. Through the contacts which his father had with the farming world, he came to appreciate and understand farmers' difficulties, and he had also first hand experience of a farm, for as a boy he spent much of his free time on his grandfathers' farm at Lisboy, Kilraughts.

In 1903 he went up to Oxford on a scholarship to Jesus College. There he had a distinguished academic career and gained renown as a debater, being elected President of the Union in 1907, a much coveted position which is supposed to open the way to a Westminster seat and early elevation to cabinet rank. That was not to be W.S. Armour's path. He gained his law degree, went on to member of the Inner Temple and became a Barrister-at-law, but, while still pursuing his law studies, he chose for the moment to enter the sphere of education and sailed for India in 1910.

At first he was a headmaster and later an inspector of schools, but when the First World War began in 1914 he was given special responsibility for war publicity at Allahabad, eventually becoming editor of the United Provinces War Journal. He also published a short account of the war, which sold half a million copies in India, and wrote a number of school text-books. For his services he was honoured by H.M. King George V with the MBE.

After his return to London in 1922, Mr Armour received word that his father was very ill. What happened next he recorded himself in his book, Facing The Irish Question:

"I went home for six weeks, and on the way to London via Belfast the idea came to me that in the circumstances I should stay there. Without any premeditation, I went straight to the proprietor of The Northern Whig and asked whether there was any position on his paper."[4]

He obtained the position of reporter, but after six weeks was elevated to become 'Writer of Special Articles' and in 1928 took over the editorship. The Northern Whig was then one of the three big daily newspapers published in Belfast and Mr Armour brought to it his many talents and rich experience. Even as Editor, special articles remained his penchant and under the initials 'WA' he wrote on subjects ranging from political controversy, through all sorts of educational matters and accounts of people and places from his world travels, to investigation of social problems in Northern Ireland and suggestions for their improvement.

It was while pursuing this latter theme that he wrote the article which began the Young Farmers' Movement in Ulster.

Two things must strike everyone who moves about rural Ulster. The first is the steady drain of youth from the countryside to the cities and abroad. One reason is that they have very few interests and are frankly bored with life. The second picture is of young people night after night loafing round corners, winter and summer, with nothing whatsoever to do. They are like the people "standing idle in the market place ... because no man hath hired us". In this paper there have been constant references to the happier state a century ago; ... also from time to time there have been accounts of young farmers' clubs and similar movements, but nothing has happened and things remain just as before. We must try again and see whether something cannot be done this time'.

As usual he had researched his article thoroughly and had been in contact with the YFC Movement in England. It had already attracted membership of over two thousand, which ninety-four clubs in existence in various parts of the country. 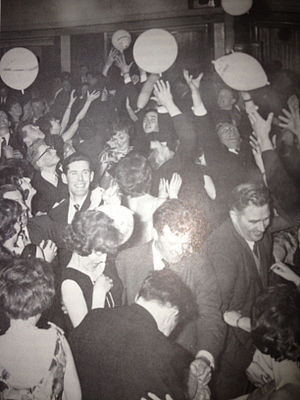 W.S. Armour said it was essential to hold a public meeting to test local opinion and to invite especially parents and teachers to attend. If opinion was favourable then the choice of an enthusiastic and responsible person to act as Club Leader was vital. He felt clubs should be open to all young people under the age of twenty and he favoured the idea, used in England, that each member should be encouraged to either own livestock or to interest him or herself in a garden or allotment. Members should be meet regularly to compare notes, discuss costs and hear talks from experts. he noted that in England these meetings had gradually developed into a social centre for the young people of the village and hoped the same would be true of Ulster. He said one of the most promising features of the YFC movement was that it provided a practical and popular starting point which other activities for the benefit of the young people could be developed.

YFCU is open to anyone aged between 12 – 30 years old. The organisation currently has c.2600 members spread across the 60 member clubs, the largest of which is Spa, Castlewellan.

YFCU Promotes 4 key areas to its membership. These are:

YFCU encourages its members to take advantage of the opportunities to meet and make new friends, these can be other members of your club, members from other clubs and members from their sister organisations throughout the world.

To enjoy a wide range of social and travel opportunities exclusively available to members.

Working together as a team to do what you want to do, and to achieve the goals set by the local clubs.

The commitment, skills and energy of members that take on positions of responsibility at Club, County and Central level continues to be the source of the YFCU’s strength and success. Combined with the youth led nature of the Association at all levels, a wide range of activities and events, relevant to the needs and interests of rural young people are organised every year.

Throughout the year staff and members are key to delivering and participating in the annual programme of centrally organised competitions and activities. Encouragingly there has continued to be a year on year increase in competitor numbers.[7] As in other years the YFCU was represented by a number of members at events and conferences held by the Association’s sister organisations in Scotland, Wales, England and the Republic of Ireland.

YFCU currently operates 33 competitions and events that members are encouraged to enter.[8] By entering events YFCU Members earn proficiencies points. The better the member does in the competition, the higher the proficiency points awarded.[9]

Originally established as "The Ulster Young Farmer" in 1946, the first editor was Mr. A. S. George Loxton, in his first edition editorial he hoped the new magazine would become "the most interesting and instructive"[10] of the many then in circulation in the Province.

Mr Loxton retired in March 1948 and was succeeded by Mr Arthur McAlister, who used his considerable literary ability to good effect as editor for the next sixteen years. He introduced many new features and widened the scope of the magazine to include general, as well as agricultural interest. In May 1964 the magazine changed format to keep pace with modern developments in printing, Mr Michael Fieldhouse, the first Public Relations Officer of the YFCU, became editor in July 1964, and in September 1965 Mrs Dulcie proctor succeeded him. She remained editor until the publication ceased in 1971.

In 2004 the magazine was revived under the new moniker - Rural Dispatch.

Rural Dispatch is the official magazine of the Young Farmers' Clubs of Ulster. It is edited inhouse at the Belfast Headquarters. The magazine, which is published 3 times a year, has a circulation of 2,500. The magazine's main aim is to showcase the events and activities that YFCU organises, and to inform the membership of news from other clubs and the Northern Ireland agricultural industry as a whole. It is published in association with United Dairy Farmers.