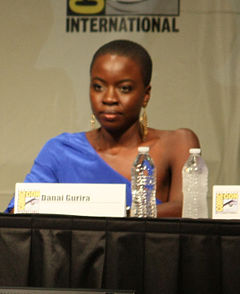 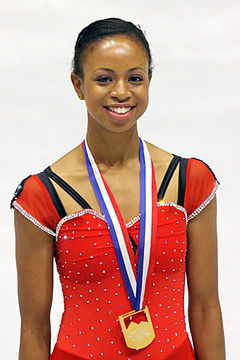 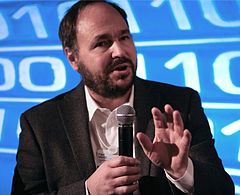 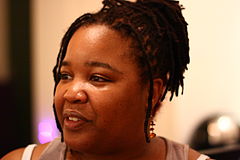 Zimbabwean Americans are Americans of full or partial Zimbabwean ancestry. The Zimbabwean communities are localized, between other places, in California and Texas.

The first great wave of immigration from Zimbabwe took place during and after the Rhodesian Bush War in the 1970s, a time when many white families emigrated due to political and economic conditions. Although initially they emigrated to South Africa, its neighbor and with the shared language and heritage, and the United Kingdom, the former colonial power, subsequently they increasingly migrated to the United States and Australia, countries that, like the above, shared language and heritage.[3] Still after of Zimbabwe independence, these immigrants considered themselves as Rhodesians. After arriving in the United States, the majority of Zimbabweans emigrated to southern regions, settling in regions with South African communities.

In the 1980s, a second group of people from Zimbabwe came to the United States, mostly students that returned to their country after completing their studies. This emigration of students was increased in the 1990s and included both white and black people. Due to their limited and extremely competitive university system, many Zimbabwean students emigrated to other countries seeking educational opportunities, especially in business and technology. Unlike earlier Zimbabwean students, many in the 1990s decided to stay in the U.S. after completing their studies, given the negative economic situation in Zimbabwe and the job opportunities that they could find in the United States. Thus, the majority of Zimbabweans who migrate to the United States are students and young professionals.[4]

In 2014 the Zimbabwean population in the U.S. was noted as one of "a strong skilled and non-skilled diaspora population" that is also focused in South Africa, the UK and Australia.[5] Thus, Zimbabweans in the U.S. make up just a small part of the Zimbabwean diaspora compared to the larger communities in South Africa and the United Kingdom.[6] However, of Zimbabweans who have not yet emigrated but are considering it, a somewhat higher proportion state that the United States, rather than the United Kingdom, is their preferred destination; this may be due to harassment and discrimination which Zimbabweans have faced in the UK.[7]

There is a small community of Zimbabweans in Chicago, perhaps 80 to 100 people, consisting primarily of former students at area universities.[9] Other cities with Zimbabwean communities include Washington, D.C., New York City, Indianapolis, Dallas, Houston, Atlanta, and Detroit.

There is an important organization in Indianapolis of Zimbabwean having annual celebrations of Independence Day (April 18) and other events, such as the first Annual Convention and Business Expo Zimbabwe in 2002. Due to the limited success of the Zimbabwean living in Chicago to create organizations (because their community is dispersed through the city), they have formed ties with the organization of Zimbabwe in Indianapolis.[4] Other Zimbabwean association is the Zimbabwe-United States of America Alumni. Association(ZUSAA).[10]