Polyglotism or polyglottism[1] is the ability to master, or the state of having mastered, multiple languages. 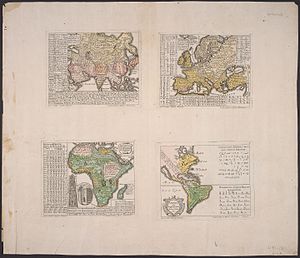 Numerous theories exist as explanations for polyglotism. For example, it has been recognized that someone who is interested in languages, with a sufficiently developed intellect, and who optimizes their learning technique with experience, will become increasingly efficient as each new language is learned; therefore, such an individual is able to master new languages with less effort than the average person. Also, different languages overlap in the areas of grammar and vocabulary, and this makes it easier to acquire connected languages, such as English and French words, or English and German words.

One theory suggests that a spike in a baby's testosterone levels while in the uterus can increase brain asymmetry,[2] while others have suggested that hard work and the right type of motivation—which any adult can apply—are the key factors of polyglotism.[3] Neuroscientist Katrin Amunts studied the brain of German polyglot Emil Krebs and determined that the area of Krebs' brain that was responsible for language—the Broca's area—was organised differently in comparison to the brains of monolinguals.[4]

Due to the advent of computers, linguists obtained a better understanding of what it can mean to "know a language". It is estimated that the most frequently used 2000 words—in all or most of their multiple senses—cover approximately seventy-five to eighty percent of a general text in English and other European languages; such a limited vocabulary also allows one to express more complicated concepts, whereby they are described by means of circumlocutions (e.g. as a rule, 30,000 to 50,000 words in modern English learner's dictionaries are defined with merely 2000 to 3000 defining vocabulary words). On the other hand, a native speaker with an American college education may possess a 25,000- to 30,000-word passive vocabulary—of which various parts can be activated—that increases to possibly 50,000 words, or more, by the age of fifty to sixty years.[citation needed]

It is therefore difficult to objectively judge many claims of polyglotism, because what is ostensibly "fluent speech" can be achieved with the assertive use of a very limited general-purpose or specialized vocabulary.[citation needed]

Savants are typically individuals with significant mental disabilities who demonstrate profound and prodigious capacities and/or abilities far in excess of what would be considered normal,[5][6] including the capacity for languages.