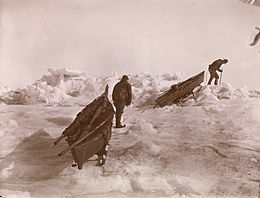 Fridtjof Nansen won international fame after reaching a record latitude of 86°14′ during his North Pole expedition of 1893–96.

An adventure is an exciting or unusual experience. It may also be a bold, usually risky undertaking, with an uncertain outcome.[1] Adventures may be activities with some potential for physical danger such as exploring, skydiving, mountain climbing, river rafting or participating in extreme sports. The term also broadly refers to any enterprise that is potentially fraught with physical, financial or psychological risk, such as a business venture, a love affair, or other major life undertakings .

Adventurous experiences create psychological arousal,[2] which can be interpreted as negative (e.g. fear) or positive (e.g. flow), and which can be detrimental as stated by the Yerkes-Dodson law. For some people, adventure becomes a major pursuit in and of itself. According to adventurer André Malraux, in his La Condition Humaine (1933), "If a man is not ready to risk his life, where is his dignity?".[full citation needed] Similarly, Helen Keller stated that "Life is either a daring adventure or nothing."[3]

Outdoor adventurous activities are typically undertaken for the purposes of recreation or excitement: examples are adventure racing and adventure tourism. Adventurous activities can also lead to gains in knowledge, such as those undertaken by explorers and pioneers – the British adventurer Jason Lewis, for example, uses adventures to draw global sustainability lessons from living within finite environmental constraints on expeditions to share with schoolchildren. Adventure education intentionally uses challenging experiences for learning.

Some of the oldest and most widespread stories in the world are stories of adventure such as Homer's The Odyssey.[4][5][6] Mythologist Joseph Campbell discussed his notion of the monomyth in his book, The Hero with a Thousand Faces. Campbell proposed that the heroic mythological stories from culture to culture followed a similar underlying pattern, starting with the "call to adventure", followed by a hazardous journey, and eventual triumph.

The knight errant was the form the "adventure seeker" character took in the late Middle Ages.

The adventure novel exhibits these "protagonist on adventurous journey" characteristics as do many popular feature films, such as Star Wars[7] and Raiders of the Lost Ark.[8] 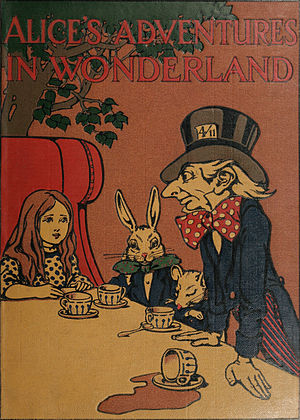 Lewis Carroll's Alice's Adventures in Wonderland is a well-known example of a fantasized adventure story.