From Infogalactic: the planetary knowledge core
Jump to: navigation, search
For other uses, see Andrew Geddes. 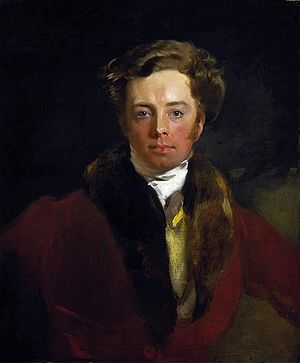 Geddes was born in Edinburgh. After receiving a good education in the high school and in the University of Edinburgh, he was for five years in the excise office, in which his father held the post of deputy auditor.

After the death of his father, who had opposed his desire to become an artist, he went to London and entered the Royal Academy schools. His first contribution to the exhibitions of the Royal Academy, a St John in the Wilderness, appeared at Somerset House in 1806, and from that year onwards Geddes was a fairly constant exhibitor of figure-subjects and portraits. His well-known portrait of David Wilkie, with whom he was on terms of intimacy, was at the Royal Academy in 1816. He alternated for some years between London and Edinburgh, with some excursions on the Continent, but in 1831 settled in London, and was elected associate of the Royal Academy in 1832; and he died in London of consumption in 1844.

Geddes was the father-in-law of the artist William Collins and grandfather of the writer Wilkie Collins.

A very able executant, a good colorist, and a close student of character, he made his chief success as a portrait-painter, but he produced occasional figure subjects and landscapes, and executed some admirable copies of the old masters as well. He was also a good etcher. His portrait of his mother, and a portrait study, called Summer, are in the National Gallery of Scotland, and his portrait of Sir Walter Scott is in the Scottish National Portrait Gallery.