From Infogalactic: the planetary knowledge core
Jump to: navigation, search
For other uses, see Author (disambiguation). 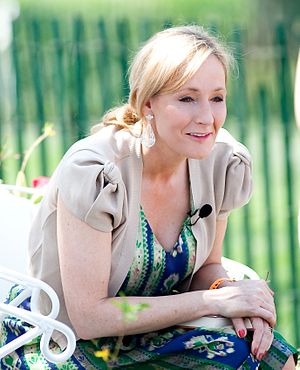 An author is broadly defined as "the person who originated or gave existence to anything" and whose authorship determines responsibility for what was created. Narrowly defined, an author is the originator of any written work and can also be described as a writer.[1]

Author of a written or legally copied work 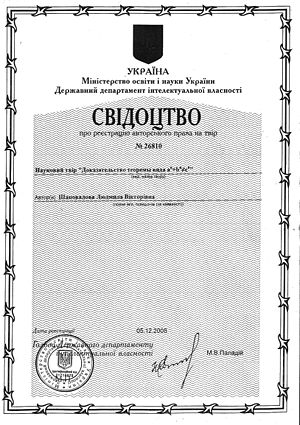 A copyright certificate certifying the authorship for a proof of the Fermat theorem, issued by the State Department of Intellectual Property of Ukraine.

In copyright law, there is a necessity for little flexibility as to what constitutes authorship. The United States Copyright Office defines copyright as "a form of protection provided by the laws of the United States (title 17, U.S. Code) to authors of "original works of authorship".[2] Holding the title of "author" over any "literary, dramatic, musical, artistic, [or] certain other intellectual works" give rights to this person, the owner of the copyright, exclusive right to do or authorize any production or distribution of their work. Any person or entity wishing to use intellectual property held under copyright must receive permission from the copyright holder to use this work, and often will be asked to pay for the use of copyrighted material. After a fixed amount of time, the copyright expires on intellectual work and it enters the public domain, where it can be used without limit. Copyright law has been amended time and time again since the inception of the law to extend the length of this fixed period where the work is exclusively controlled by the copyright holder. However, copyright is merely the legal reassurance that one owns his/her work. Technically, someone owns their work from the time it's created. An interesting aspect of authorship emerges with copyright in that it can be passed down to another upon one's death. The person who inherits the copyright is not the author, but enjoys the same legal benefits.

Questions arise as to the application of copyright law. How does it, for example, apply to the complex issue of fan fiction? If the media agency responsible for the authorized production allows material from fans, what is the limit before legal constraints from actors, music, and other considerations, come into play? As well, how does copyright apply to fan-generated stories for books? What powers do the original authors, as well as the publishers, have in regulating or even stopping the fan fiction? 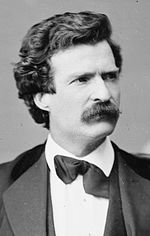 Mark Twain was a prominent American author in multiple genres including fiction and journalism during the 19th century.

In literary theory, critics find complications in the term "author" beyond what constitutes authorship in a legal setting. In the wake of postmodern literature, critics such as Roland Barthes and Michel Foucault have examined the role and relevance of authorship to the meaning or interpretation of a text.

Barthes challenges the idea that a text can be attributed to any single author. He writes, in his essay "Death of the Author" (1968), that "it is language which speaks, not the author".[3] The words and language of a text itself determine and expose meaning for Barthes, and not someone possessing legal responsibility for the process of its production. Every line of written text is a mere reflection of references from any of a multitude of traditions, or, as Barthes puts it, "the text is a tissue of quotations drawn from the innumerable centres of culture"; it is never original.[3] With this, the perspective of the author is removed from the text, and the limits formerly imposed by the idea of one authorial voice, one ultimate and universal meaning, are destroyed. The explanation and meaning of a work does not have to be sought in the one who produced it, "as if it were always in the end, through the more or less transparent allegory of the fiction, the voice of a single person, the author 'confiding' in us".[3] The psyche, culture, fanaticism of an author can be disregarded when interpreting a text, because the words are rich enough themselves with all of the traditions of language. To expose meanings in a written work without appealing to the celebrity of an author, their tastes, passions, vices, is, to Barthes, to allow language to speak, rather than author.

Michel Foucault argues in his essay "What is an author?" (1969), that all authors are writers, but not all writers are authors. He states that "a private letter may have a signatory—it does not have an author".[4] For a reader to assign the title of author upon any written work is to attribute certain standards upon the text which, for Foucault, are working in conjunction with the idea of "the author function".[5] Foucault's author function is the idea that an author exists only as a function of a written work, a part of its structure, but not necessarily part of the interpretive process. The author's name "indicates the status of the discourse within a society and culture", and at one time was used as an anchor for interpreting a text, a practice which Barthes would argue is not a particularly relevant or valid endeavor.[5]

Expanding upon Foucault's position, Alexander Nehamas writes that Foucault suggests "an author [...] is whoever can be understood to have produced a particular text as we interpret it", not necessarily who penned the text.[6] It is this distinction between producing a written work and producing the interpretation or meaning in a written work that both Barthes and Foucault are interested in. Foucault warns of the risks of keeping the author's name in mind during interpretation, because it could affect the value and meaning with which one handles an interpretation.

Literary critics Barthes and Foucault suggest that readers should not rely on or look for the notion of one overarching voice when interpreting a written work, because of the complications inherent with a writer's title of "author." They warn of the dangers interpretations could suffer from when associating the subject of inherently meaningful words and language with the personality of one authorial voice. Instead, readers should allow a text to be interpreted in terms of the language as "author."

Relationship between author and publisher

The author of a work may receive a percentage calculated on a wholesale or a specific price and/or a fixed amount on each book sold. Publishers, at times, reduced the risk of this type of arrangement, by agreeing only to pay this after a certain amount of copies had sold. In Canada this practice occurred during the 1890s, but was not commonplace until the 1920s. Established and successful authors may receive advance payments, set against future royalties, but this is no longer common practice. Most independent publishers pay royalties as a percentage of net receipts - how net receipts are calculated varies from publisher to publisher. Under this arrangement the author does not pay anything towards the expense of publication. The costs and financial risk are all carried by the Publisher, who will then take the greatest percentage of the receipts. See Compensation for more.

Relationship between author and editor 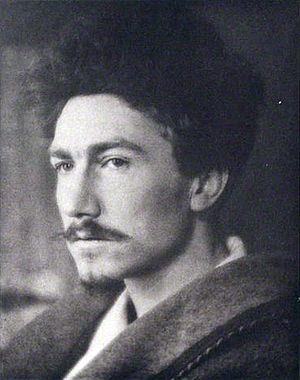 Ezra Pound (pictured as a young man in 1913) made significant editing suggestions to T.S. Eliot's "The Waste Land," helping transform the original drafts into the work known today.

The relationship between the author and the editor, often the author's only liaison to the publishing company, is often characterized as the site of tension. For the author to reach his or her audience, the work usually must attract the attention of the editor. The idea of the author as the sole meaning-maker of necessity changes to include the influences of the editor and the publisher in order to engage the audience in writing as a social act. There are three principal areas covered by editors - Proofing (checking the Grammar and spelling, looking for typing errors), Story (potentially an area of deep angst for both author and publisher) and Layout (the setting of the final proof ready for publishing often requires minor text changes so a layout editor is required to ensure that these do not alter the sense of the text).

Pierre Bourdieu's essay "The Field of Cultural Production" depicts the publishing industry as a "space of literary or artistic position-takings," also called the "field of struggles," which is defined by the tension and movement inherent among the various positions in the field.[7] Bourdieu claims that the "field of position-takings [...] is not the product of coherence-seeking intention or objective consensus," meaning that an industry characterized by position-takings is not one of harmony and neutrality.[8] In particular for the writer, their authorship in their work makes their work part of their identity, and there is much at stake personally over the negotiation of authority over that identity. However, it is the editor who has "the power to impose the dominant definition of the writer and therefore to delimit the population of those entitled to take part in the struggle to define the writer".[9] As "cultural investors," publishers rely on the editor position to identify a good investment in "cultural capital" which may grow to yield economic capital across all positions.[10]

According to the studies of James Curran, the system of shared values among editors in Britain has generated a pressure among authors to write to fit the editors' expectations, removing the focus from the reader-audience and putting a strain on the relationship between authors and editors and on writing as a social act. Even the book review by the editors has more significance than the readership's reception.[11]

A standard contract for an author will usually include provision for payment in the form of an advance and royalties. An advance is a lump sum paid in advance of publication. An advance must be earned out before royalties are payable. An advance may be paid in two lump sums: the first payment on contract signing, and the second on delivery of the completed manuscript or on publication.

An author's contract may specify, for example, that they will earn 10% of the retail price of each book sold. Some contracts specify a scale of royalties payable (for example, where royalties start at 10% for the first 10,000 sales, but then increase to a higher percentage rate at higher sale thresholds).

An author's book must earn the advance before any further royalties are paid. For example, if an author is paid a modest advance of $2000, and their royalty rate is 10% of a book priced at $20 - that is, $2 per book - the book will need to sell 1000 copies before any further payment will be made. Publishers typically withhold payment of a percentage of royalties earned against returns.

In some countries, authors also earn income from a government scheme such as the ELR (Educational Lending Right) and PLR (Public Lending Right) schemes in Australia. Under these schemes, authors are paid a fee for the number of copies of their books in educational and/or public libraries.

Ghostwriters, technical writers, and textbooks writers are typically paid in a different way: usually a set fee or a per word rate rather than on a percentage of sales.