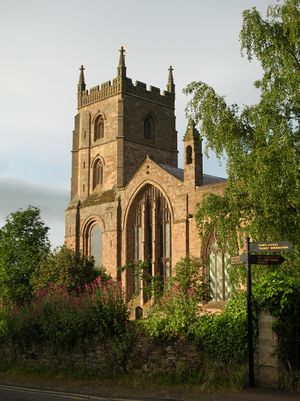 He came from Northumbria and worked as a missionary to the Hwicce Kingdom and in 660AD converted king Merewalh of the Hwicce, a contemporary (and possibly son)[3] of King Penda of Mercia.[4]

Around 660 AD he also founded an Abbey for women,[5][6] as a conventual priory of the monks of Reading Abbey.[7] This abbey was mentioned in the Domesday Book and was re-founded about 1139.[8] at which time it may have been associated with the Royal Family.[9]

He is known to history mainly through the hagiography of the Secgan Manuscript,[10] but also the Anglo-Saxon Chronicle[11] and the Catalogus sanctorum pausantium in Anglia.[12]