This is a list of words that have entered the English language from the Yiddish language, many of them by way of American English. There are differing approaches to the romanisation of Yiddish orthography (which uses the Hebrew alphabet) and the spelling of some of these words may therefore be variable (for example, schlep is also seen as shlep, schnoz as shnozz).

Many of these words are more common in the US entertainment industry, via vaudeville, the Catskills/Borscht Belt, and Hollywood. Others are more regionally oriented, e.g., in the New York City metropolitan area. A number of Yiddish words also entered English via large Jewish communities in Britain, particularly London, where Yiddish has influenced the Cockney dialect.

A number of Yiddish words are related to Hebrew, Germanic or Slavic forms, and some words of those origins have entered English via Yiddish.

Yiddish is a Germanic language, originally spoken by the Jews of Central and later Eastern Europe, written in the Hebrew alphabet, and containing a substantial substratum of words from Hebrew as well as numerous loans from Slavic languages.[1] For that reason, some of the words listed below are in fact of Hebrew or Slavic origin, but have entered English via their Yiddish forms.

Since Yiddish is very closely related to modern German, many native Yiddish words have close German cognates; in a few cases it is difficult to tell whether English borrowed a particular word from Yiddish or from German. Since Yiddish was originally written using the Hebrew alphabet, some words have several spellings in the Latin alphabet. The transliterated spellings of Yiddish words and conventional German spellings are different, but the pronunciations are frequently the same (e.g., שוואַרץ shvarts in Yiddish is pronounced the same way as schwarz in German).

Many of these words have slightly different meanings and usages in English, from their Yiddish originals. For example, chutzpah is usually used in Yiddish with a negative connotation meaning improper audacity, while in English it has a more positive meaning. Shlep (שלעפּ) in Yiddish is usually used as a transitive verb for carrying (or dragging) something else, while in English it is also used as an intransitive verb, for dragging oneself. Glitch simply means 'slip' in Yiddish.

A list of English words of Yiddish origin is found below. Except as noted, all words listed can be found in the current online edition of the Oxford English Dictionary (OED), The American Heritage Dictionary of the English Language (AHD), or the Merriam-Webster dictionary (MW). 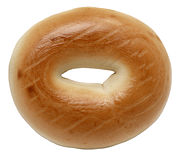 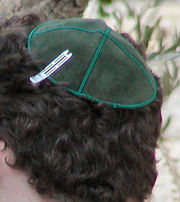 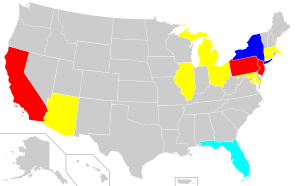