From Infogalactic: the planetary knowledge core
Jump to: navigation, search
For other uses, see Motif (disambiguation). 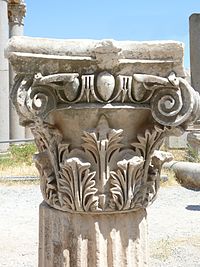 In art and iconography, a motif

(pronunciation) (help·info) is an element of an image. A motif may be repeated in a pattern or design, often many times, or may just occur once in a work.[1] A motif may be an element in the iconography of a particular subject or type of subject that is seen in other works, or may form the main subject, as the Master of Animals motif in ancient art typically does. The related motif of confronted animals is often seen alone, but may also be repeated, for example in Byzantine silk and other ancient textiles.

Ornamental or decorative art can usually be analysed into a number of different elements, which can be called motifs. These may often, as in textile art, be repeated many times in a pattern. Important examples in Western art include acanthus, egg and dart,[2] and various types of scrollwork.

Many designs in mosques in Islamic culture are motifs, including those of the sun, moon, animals such as horses and lions, flowers, and landscapes. Motifs can have emotional effects and be used for propaganda.[3]

The term has become used more broadly in discussing literature and other narrative arts for a particular element or section in the story that represents a theme; see Motif (narrative).