The Premier of Tasmania is the head of the executive government in the Australian state of Tasmania. By convention, the party or political grouping which has majority support in the House of Assembly will nominate its leader to be Premier. The nominated politician is then invited by the Governor of Tasmania to act as their principal adviser.[1] The current Premier is Will Hodgman of the Liberal Party of Australia, who was sworn in on 31 March 2014.

Before the 1890s, there was no formal party system in Tasmania. Party labels before that time indicate a general tendency only. The current convention of appointing the Premier from the House of Assembly was not generally applied prior to 1920, with Premiers often appointed from the Legislative Council.[1] 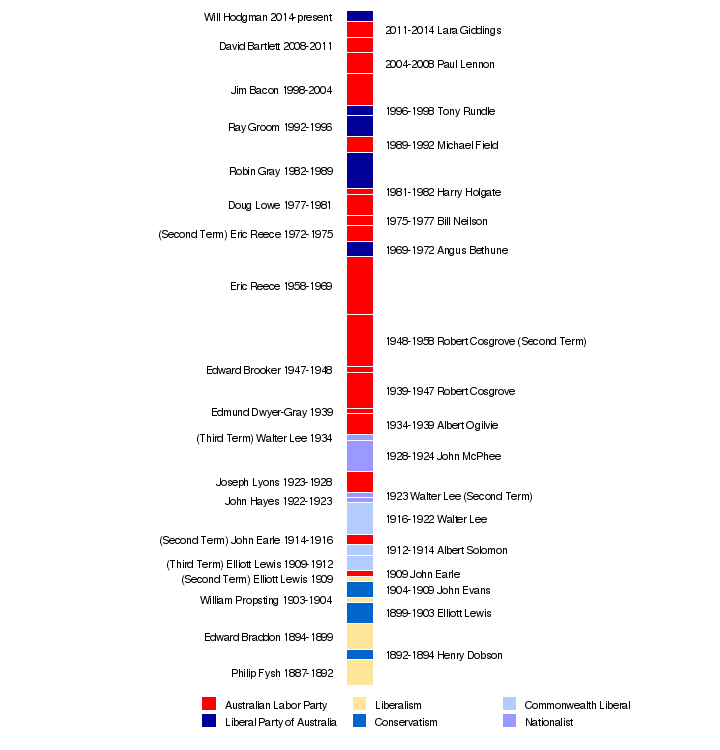