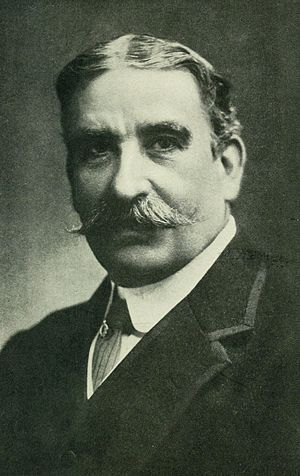 Working as a clerk, Donald submitted free articles to a local journal, then gained employment at the Edinburgh Evening News. He also worked on The Courant and the Northampton Echo before becoming a freelancer. In 1888, he joined The Star, a new London evening newspaper. He specialised in investigations into local government in London, then briefly ran a journal, London, funded by the Progressive Party. With more success, he launched and edited the Municipal Journal and the Municipal Year Book[1]

In 1895, Robert Lloyd (son of Edward Lloyd) appointed Donald as news editor of the Daily Chronicle. He left in 1899 to become publicity manager for Gordon Hotels, but returned to the Chronicle as editor in 1904, also becoming editor of Lloyd's Weekly Newspaper in 1906. He subsequently became Managing Director of United Newspapers and President of the Institute of Journalists.[1]

Donald long had a friendly relationship with the Prime Minister, David Lloyd George, and in 1917, Lloyd George commissioned him to produce a report on government propaganda efforts, which Donald prepared in just four weeks. He was then appointed to John Buchan's four-person Advisory Committee on the Department of Information, and in December he prepared a further report, calling for greater centralisation of the propaganda effort and a larger role for the Advisory Committee.[2] Donald often questioned Lloyd George's decisions and, in 1918, the two fell out. A consortium centred on Lloyd George bought the Chronicle and Lloyd's, leading Donald to resign,[1] complaining that Lloyd George was trying to "corner public opinion"[3]

Donald bought The Globe in 1919, but sold it in 1921. The following year, he became editor of The People and The Referee, serving for two years. From 1915 to 1926, Donald chaired the Empire Press Union. In 1931, he joined National Labour and edited its party newspaper: initially the News-Letter, and later Everyman.

Following the 1922 General Election, Donald was appointed by the Conservative government to chair the Empire Wireless Committee, to urgently 'consider and advise upon the policy to be adopted as regards an Imperial wireless service', a long delayed project promoted heavily by the Empire Press Union.[4][5]