From Infogalactic: the planetary knowledge core
Jump to: navigation, search
This article is about American politician. For the Australian Rugby player, see Tom Pelly. 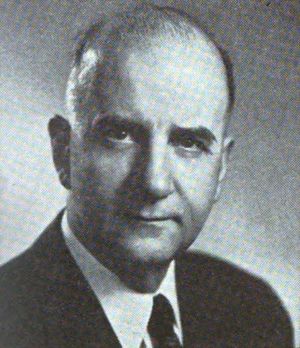 Thomas Minor Pelly (22 August 1902 – 21 November 1973), an American politician born in Seattle, Washington,[1] served as a member of the United States House of Representatives from 1953 to 1973. He represented the First Congressional District of Washington as a Republican. Due to health concerns, he did not run for re-election in 1972. Pelly died while in California in 1973.[1] Pelly is interred at Evergreen Washelli Memorial Park.[1]

He was the grandson of Thomas T. Minor, an early Seattle mayor.

In 1968, Pelly was challenged by John E. McCluskey, a Democrat from Seattle.