The host city for the XIV Winter Olympics was announced on 18 May 1978 during an 80th session of the International Olympic Committee in Athens, Greece. Sarajevo was selected over Sapporo, Japan (which hosted the games 12 years earlier) by a margin of three votes. Gothenburg was the first city in Sweden to lose a Winter Olympic bid, as other Swedish cities such as Falun and Ostersund would later lose their consecutive bids to Calgary, Albertville, Lillehammer, Nagano, and Salt Lake City respectively. Sarajevo was part of the united Yugoslavia at the time and today is the capital of Bosnia & Herzegovina.

The torch relay for the 1984 Sarajevo Olympic games started in Olympia and then proceeded by airplane to Dubrovnik. The total distance of the torch relay through Yugoslavia was 5,289 kilometres (3,286 mi) (plus 2,879 kilometres (1,789 mi) of local routes). There were two main routes – one in the west (Split – Ljubljana – Zagreb – Sarajevo with 2,602 kilometres (1,617 mi) of length) and the other in the east (Skopje – Novi Sad – Belgrade – Sarajevo with 2,687 kilometres (1,670 mi) of length). The final torchbearer, from a total of 1600, was figure skater Sanda Dubravčić, who received the torch from skier runner Ivo Čarman. Today one of the two original torches is in Slovenia in a private collection in Žalec, Slovenia. Also 20 more torches are in Greece owned by individual athletes, who were the torchbearers from Ancient Olympia to the nearby military airport and from Athens Domestic Airport to the Panathinaikon Stadium where the Ceremony of handing over the Olympic Flame to the Sarajevo Olympic Games Committee occurred.[citation needed]

Readers of Yugoslav newspapers were asked to choose the mascot for the 1984 Winter Olympics from a list of six finalists. The winner was Vučko, the little wolf, designed by Slovenian designer and illustrator Jože Trobec. The other finalists were a chipmunk, a lamb, a mountain goat, a porcupine, and a snowball.[4] The Vučko is a long-time symbol of Sarajevo.[citation needed] 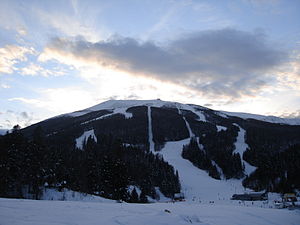 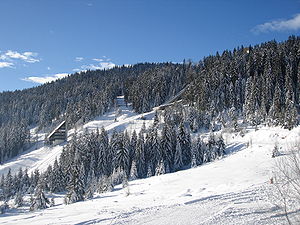 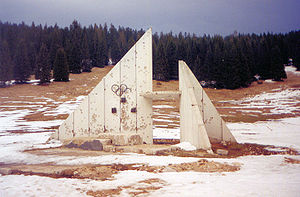 There were 39 events contested in 6 sports (10 disciplines).

All dates are in Central European Time (UTC+1)

A then record of 49 National Olympic Committees (NOCs) entered athletes at the 1984 Winter Olympic Games.