Burke’s Peerage is foremost a genealogical publisher, which first published books by John Burke in London in 1826, recording the genealogy and heraldry of the peerage, baronetage, knightage and landed gentry of the United Kingdom, the historical families of Ireland as well as those of the Commonwealth of Nations, the Imperial, royal and mediatised families of Europe and Latin America, the presidential and distinguished families of the United States, the ruling families of Africa and the Middle East and other prominent families worldwide. Burke’s Peerage has expanded to provide broader genealogical publications (including online) becoming a premium brand.

Burke’s Peerage has provided authoritative genealogical records of historical families for more than 196 years. Its records were originally compiled by members of the Burke family and added to by others to build a unique collection of books of genealogical and heraldic interest.

Burke’s Peerage was established in 1826 by John Burke (1786–1848), who pioneered the narrative style which has become the trademark of Burke’s Peerage publications and a recognised model for written genealogies worldwide. He was also the progenitor of a dynasty of genealogists and heralds. His son Sir John Bernard Burke (1814–92) was Ulster King of Arms (1853–92) and his grandson, Sir Henry Farnham Burke (1859–1930), was Garter Principal King of Arms (1919–30). After his death, ownership passed through a variety of people, including Burke’s Peerage to Sir Henry Mallaby-Deeley, 1st Baronet (1863–1937) and Burke’s Landed Gentry to Arthur Maundy Gregory (1877–1941). The titles and copyright were all reunited by Shaw’s Reference Series, later incorporated in Mercury House Publications, which sold those in 1973 to the Holdway Group. The new board of directors included Jeremy Norman (chairman 1974–83), Patrick Anson, 5th Earl of Lichfield (1939–2005) and John Philip Brooke-Little (Norroy and Ulster King of Arms, 1927–2006). Entirely new volumes on royal families, country houses of the British Isles and Irish genealogy were published under the Burke’s Peerage name.[1]

In 1984, Burke’s Peerage decided to separate and sell the copyright: Burke’s Peerage was acquired by Frederik Jan Gustav Floris, Baron van Pallandt (1934–94) whilst Burke’s Landed Gentry and other titles were sold elsewhere. Burke’s Peerage was then bought by Joseph Goldberg, who reprinted the immediate previous edition. In 1989, ownership was acquired by Brian Morris, who published the 106th edition in 1999, which comprised an updating and revision of the 105th edition (1970). The company, which owned the Burke’s name, Burke’s Landed Gentry and other titles, formed in 1984, had Lady Elizabeth Anson, Merlin Hay, 24th Earl of Erroll and Sir Iain Moncreiffe of that Ilk (1919–85) as directors. Burke’s Peerage Partnership was formed out of receivership in 1987 by those associated with the former company, including Harold Brooks-Baker (1933–2005) who was publishing director from 1984 until his death in 2005. In the 1990s, they briefly licensed the use of the Burke’s name to Halbert’s, an American publishing company which sold books under the name "The World Book of Surnames", which otherwise had no connection with the Burke’s Peerage publishing house.[1] 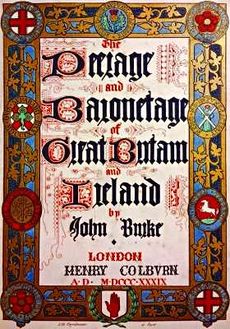 In 2000, the Wills family licensed the right to publish Burke’s Landed Gentry. After a gap of over 30 years, in 2001, a 19th edition of Burke’s Landed Gentry was published. In 2002 they bought the rights to Burke’s Peerage from Morris Genealogical Books, reuniting both titles under one publisher, Burke’s Peerage and Gentry (UK) Limited, for the first time in several years. They produced a fully updated Burke's Peerage and Baronetage 107th edition which was published in 2003. In 2013 they sold the reunited Burke's Peerage, with all its rights, assets, titles and copyright thereby assigned to a newly formed international company, Burke’s Peerage Limited, whose UK affiliate is Burke’s Peerage (1826) Limited (Company No. 08539019).[2] 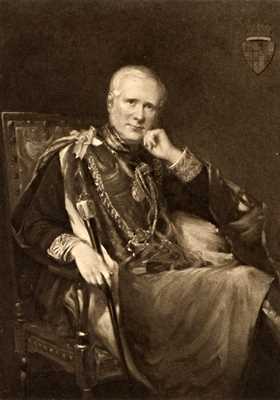 Burke’s Peerage Foundation was established on 5 January 2014, the 200th anniversary of the birth of Sir John Bernard Burke, to encourage people to take a greater interest in genealogy.[3] Burke's Peerage Foundation was registered as a UK charity (No.1155658) on 5 February 2014 with the object of advancing the education of the public about genealogy and personal heritage.[4]

Oscar Wilde famously penned in A Woman of No Importance: "You should study the Peerage, Gerald. It is the one book a young man about town should know thoroughly, and it is the best thing in fiction the English have ever done!" [said Lord Illingworth to his son Gerald Arbuthnot].