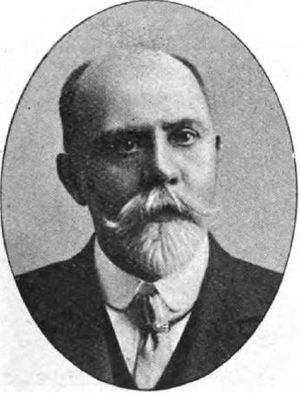 Fenwick was born in Cramlington, Northumberland, and became a coal miner at the age of ten. In 1863 joined the union and gradually became prominent within the Northumberland Miners' Association, his local union. He also became a Primitive Methodist preacher.[1]

At the 1885 UK general election, Fenwick was elected as the Lib–Lab Member of Parliament for Wansbeck and held the seat until his death. He made over 500 contributions in Parliament.[2]

In 1890, Fenwick was elected Secretary of the Parliamentary Committee of the Trades Union Congress (TUC) – the post which later became the General Secretary. He held the post until 1894, despite being a vociferous opponent of the Eight Hour Bill.

Although Fenwick's union affiliated to the Labour Party in 1907, Fenwick himself refused to join, and remained affiliated to the Liberal Party. He held his seat, but announced his intention to stand down from Parliament shortly before his death in 1918 aged 67.