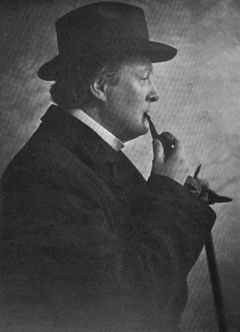 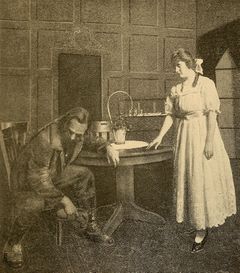 Scene from The Servant in the House

Charles Rann Kennedy was born in Derby, England. He began life as an office boy, largely educated himself and began lecturing and writing early. He later became an actor, press agent, and theatrical business manager. This led to the production of dramas for the stage with which he combined the writing of short stories, critical articles and poems. He taught for several years at Bennett Junior College in Millbrook, New York. He retired in Los Angeles.

After 1905, he spent most of his time writing drama, including:

All of these dramas deal with problems of society and are of a serious, reforming tendency.

In 1898, he married actress Edith Wynne Matthison. She was an advisor during the development of his dramas, acted in them, and also taught at Bennett Junior College.