A common market is usually referred to as the first stage towards the creation of a single market. It usually is built upon a free trade area with relatively free movement of capital and of services, but not so advanced in reduction of the rest of the trade barriers.

A single market is a type of trade bloc in which most trade barriers have been removed (for goods) with some common policies on product regulation, and freedom of movement of the factors of production (capital and labour) and of enterprise and services. The goal is that the movement of capital, labour, goods, and services between the members is as easy as within them.[1] The physical (borders), technical (standards) and fiscal (taxes) barriers among the member states are removed to the maximum extent possible. These barriers obstruct the freedom of movement of the four factors of production.

A unified market is the last stage and ultimate goal of a single market. It requires the total free movement of goods, services (including financial services), capital and people without regard to national boundaries.

A common market allows for the free movement of capital and services but large amounts of trade barriers remain. It eliminates all quotas and “tariffs” – duties on imported goods – from trade in goods within it. However “non-tariff barriers” remain such as differences between the Member States’ safety, packaging requirements and national administrative procedures. They prevent for example manufacturers from marketing the same goods in all member states.[2] The objective of a common market is most often economic convergence and the creation of an integrated single market. It is sometimes considered as the first stage of a single market. The European Economic Community was the first example of a common market.

A single market (sometimes called 'internal market') allows for people, goods, services and capital to move around a union as freely as they do within a single country – instead of being obstructed by national borders and barriers as they were in the past. Citizens can study, live, shop, work and retire in any member state.[3] Consumers enjoy a vast array of products from all member states and businesses have unrestricted access to more consumers. A single market is commonly described as "frontier-free".[2] However, several barriers remain such as differences in national tax systems, differences in parts of the services sector and different requirements for e-commerce. In addition separate national markets still exist for financial services, energy and transport. Laws concerning the recognition of professional qualifications also may not be fully harmonized.[3] The Eurasian Economic Union, the Gulf Cooperation Council, CARICOM and the European Union are current examples of single markets. Although the GCC's single market has been described as "malfunctioning" in 2014.[4] The European Union is the only economic union whose objective is "completing the single market."

A completed, unified market usually refers to the complete removal of barriers and integration of the remaining national markets. Complete economic integration can be seen within many countries, whether in a single unitary state with a single set of economic rules, or among the members of a strong national federation. For example, the sovereign states of the United States do to some degree have different local economic regulations (e.g. licensing requirements for professionals, rules and pricing for utilities and insurance, consumer safety laws, environmental laws, minimum wage) and taxes, but are subordinate to the federal government on any matter of interstate commerce the national government chooses to assert itself. Movement of people and goods among the states is unrestricted and without tariffs.

For both business within the market and consumers, a single market is a very competitive environment, making the existence of monopolies more difficult. This means that inefficient companies will suffer a loss of market share and may have to close down. However, efficient firms can benefit from economies of scale, increased competitiveness and lower costs, as well as expecting profitability to increase as a result. Consumers are benefited by the single market in the sense that the competitive environment brings them cheaper products, more efficient providers of products and also increased choice of products. What is more, businesses in competition will innovate to create new products; another benefit for consumers.

Transition to a single market can have a negative impact on some sectors of a national economy due to increased international competition. Enterprises that previously enjoyed national market protection and national subsidy (and could therefore continue in business despite falling short of international performance benchmarks) may struggle to survive against their more efficient peers, even for its traditional markets. Ultimately, if the enterprise fails to improve its organization and methods, it will fail. The consequence may be unemployment or migration.[citation needed] 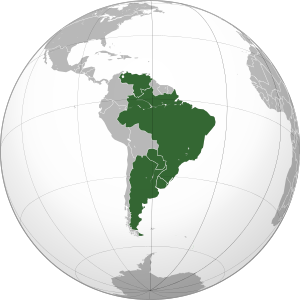 Note: Every economic union and economic and monetary union includes a common market.

A unified market is the economic term for a single market where goods, services, capital and people can move freely without regard to national boundaries. These "four freedoms" are implemented by, among other things, removal of tariffs on the transfer of goods and services among the member nations, imposition of uniform product standards, revision of laws to permit "market-wide" financial services, and the restructuring of most government procurement practices, so as not to favour local businesses over other member states' businesses.