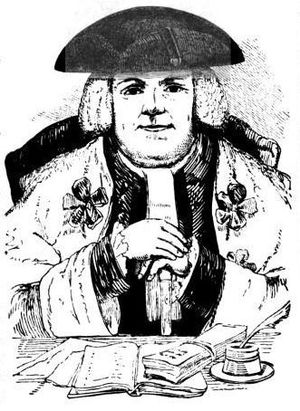 His father, Sir James Dalrymple, 2nd Baronet, of Hailes, Haddingtonshire, Auditor of the Exchequer in Scotland, was a grandson of James Dalrymple, 1st Viscount of Stair; and his mother, Lady Christian Hamilton, was a daughter of Thomas Hamilton, 6th Earl of Haddington. The eldest of sixteen children, he succeeded to his father's baronetcy upon his death in 1751.

He was educated at Eton, and studied law at Utrecht. In 1748 upon his return to Scotland from Utrecht he was admitted an Advocate. It is said that as a pleader he attained neither high distinction nor very extensive practice, but he rapidly established a well-deserved reputation for sound knowledge, unwearied application and strict probity, and in 1766 he was elevated to the bench in the Court of Session where he assumed the title of Lord Hailes. Ten years later he was appointed a Lord of Justiciary.

Upon the death of Lord Hailes, his baronetcy passed to his nephew, James, 3rd Bt., the son of his brother John Dalrymple, Lord Provost of Edinburgh.

The other works of Lord Hailes include:

In 1786 he published An Inquiry into the Secondary Causes which Mr Gibbon has assigned for the Rapid Growth of Christianity (Dutch translation, Utrecht, 1793), one of the most respectable of the very many replies which were made to the famous 15th and 16th chapters of the Decline and Fall of the Roman Empire. A Memoir of Lord Hailes is prefixed to the 1808 reprint of his Inquiry into the Secondary Causes.