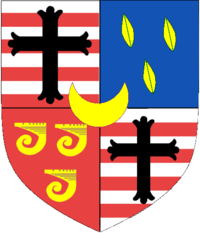 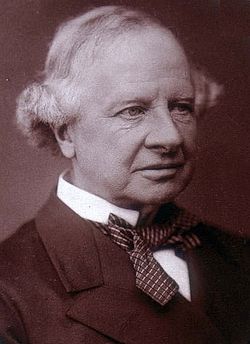 The first creation came in the Peerage of Great Britain in 1715 when Grace Carteret, Lady Carteret, was made Countess Granville and Viscountess Carteret. She was the daughter of John Granville, 1st Earl of Bath, and the widow of George Carteret, 1st Baron Carteret. The Carteret family descended from the celebrated royalist statesman George Carteret, who had been created a baronet, of Melesches, Jersey, in 1645. It was later intended that he should be elevated to the peerage but he died before the title could be granted. As his eldest son, Philip, predeceased him, the peerage was eventually bestowed on his namesake grandson, George, who was made Baron Carteret, of Hawnes in the County of Bedford, with remainder to his brothers.

Lord Carteret and Lady Granville were both succeeded by their son, the second Earl. He was a prominent statesman, mainly known under the title Lord Carteret. The titles became extinct in 1776 on the death of his son, the third Earl, without heirs. The Carteret estates were passed on to the late Earl's first cousin the Hon. Henry Frederick Thynne, second son of Thomas Thynne, 2nd Viscount Weymouth, and his wife Lady Louisa Carteret, daughter of the second Earl Granville. He assumed the surname of Carteret and was created Baron Carteret in 1784.

Lord Granville was succeeded by his son, the second Earl. He was a prominent Liberal politician and served three times as Foreign Secretary. His son, the third Earl, was also a diplomat and notably served as Ambassador to Belgium from 1928 to 1933. He was succeeded by his younger brother, the fourth Earl. He was a Vice-Admiral in the Royal Navy and also served as Governor of Northern Ireland from 1945 to 1952. Lord Granville married Lady Rose Constance Bowes-Lyon, second surviving daughter of Claude Bowes-Lyon, 14th Earl of Strathmore and Kinghorne, and elder sister of Lady Elizabeth Bowes-Lyon, wife of King George VI. As of 2013[update] the titles are held by his grandson, the sixth Earl, who succeeded his father in 1996 and a god-son of Queen Elizabeth II.[2] As a descendant of the first Marquess of Stafford he is also in distant remainder to this peerage and its subsidiary titles, titles held by his kinsman the Duke of Sutherland.

The family surname of Leveson-Gower is pronounced "Looson-Gore".