i/ˈkrɒmərti/) is a title that has been created twice, both times for members of the Mackenzie family. This branch of the family descends from Sir Roderick Mackenzie, whose elder brother Kenneth Mackenzie was created Lord Mackenzie of Kintail in 1609 and was the father of Colin Mackenzie, 1st Earl of Seaforth (see the Earl of Seaforth for further history of this branch of the family). Sir Roderick's son, John Mackenzie, was in 1628 created a baronet, of Tarbat in the County of Ross, in the Baronetage of Nova Scotia, with remainder to his heirs male whatsoever. He was succeeded by his son, Sir George Mackenzie, 2nd Baronet. He was a prominent statesman and judge and served as Lord Justice General from 1678 to 1680 and from 1704 to 1710 and as Secretary of State from 1702 to 1704. In 1685, he was raised to the Peerage of Scotland as Lord MacLeod and Castlehaven and Viscount of Tarbat. In 1703 he was further honoured when he was made Lord MacLeod and Castlehaven, Viscount of Tarbat and Earl of Cromartie. In 1704, Lord Cromartie resigned his baronetcy in favour of his second son the Hon. Kenneth Mackenzie (died 1728), who was created a baronet, of Cromarty and Grandvale (see Mackenzie baronets).

He was succeeded in the peerages by his eldest son, the second Earl. On his death, the titles passed to his eldest surviving son, the third Earl. He supported the Jacobite rebellion of 1745 and led a force of 400 men from Clan Mackenzie at the Battle of Falkirk in 1746. Lord Cromartie was captured by government forces the same year and pleaded guilty to high treason before the House of Lords. He was sentenced to death but received a conditional pardon in 1749. However, his titles were forfeited. His eldest son and heir apparent, John Mackenzie, Lord MacLeod, fought alongside his father in the rebellion of 1745. He was also convicted of high treason and sentenced to death, but received a full pardon in 1748. He later had a successful career in both the British and Swedish armies. He achieved the rank of Major-General in the British Army, and was created a Count in the Swedish nobility, a title which was recognized by George II. In 1784, his family estates were restored to him by Act of Parliament for a payment of £19,000. Lord MacLeod died childless in 1789. 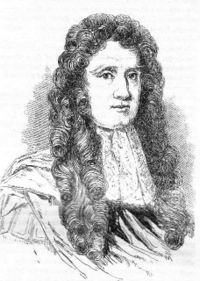 Lady Cromartie was succeeded according to the special remainder by her second surviving son Lord Francis, the second Earl. As Viscount Tarbat he had been Sub-Lieutenant in the Shropshire Yeomanry in 1876[2] and was later a Major in the 2nd Volunteer Battalion of the Seaforth Highlanders and served as a Vice-Lord-Lieutenant and Deputy Lieutenant of Ross and Cromarty. Lord Cromartie had no sons and on his death in 1893 the titles fell into abeyance between his two surviving daughters, Lady Sibell Lilian and Lady Constance. The abeyance was terminated in 1895 in favour of the elder daughter, Sibell Lilian, who became the third Countess. In 1899, she married Edward Walter Blunt (1869–1949), son of Major-General Charles Harris Blunt, great-grandson of Sir Henry Blunt, 2nd Baronet (see Blunt baronets). He assumed the additional surname of Mackenzie in 1905. However, Lady Cromartie later discontinued the use of the surname Blunt. She was succeeded by her eldest son, the fourth Earl. He was also a Major in the Seaforth Highlanders and fought in the Second World War. From 1940 to 1945, he was a Prisoner of War. Lord Cromartie was also a member of the Ross and Cromarty County Council. In 1979, he discontinued the use of the surname Blunt for himself and his son and was recognized by the Lord Lyon as Cabarfeidh[3] (Chief) of Clan Mackenzie. As of 2010[update], the titles are held by his only son, the fifth Earl, who succeeded in 1989. As a male-line descendant of Sir Henry Blunt, 2nd Baronet, he is also in remainder to this title. He is also in remainder to the earldom of Sutherland, which can descend through female lines, but not to the dukedom of Sutherland and the subsidiary titles presently attached to it, as these can only descend through male lines.

The family seat is Castle Leod, near Dingwall in Ross-shire.