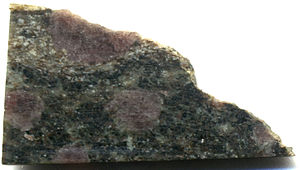 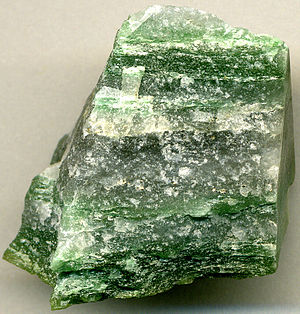 In the geologic record the Eoarchean (/ˌiːoʊ.ɑːrˈkiːən/; also spelled Eoarchaean) Era or erathem is the earliest time following the solidification of Earth's crust. It follows the Hadean and precedes the Paleoarchean Era of the geologic timescale. The approximate abiotic origins of life have been dated to a time window from 4,000 to 3,600 million years ago when atmospheric pressure values ranged from 10 to 100 bar (10 to 100 atmospheres).[1][2][3]

It was formerly officially unnamed and usually referred to as the first part of the Early Archean (now an obsolete name) together with the later Paleoarchean Era.

The International Commission on Stratigraphy now officially recognizes the Eoarchean Era as the first part of the Archaean Eon, preceded by the Hadean Eon, during which the Earth is believed to have been essentially molten.

The International Commission on Stratigraphy currently does not recognize the lower boundary of the era which has been provisionally placed at 4,000 million years ago[4] nor that of the preceding Hadean Eon.

The Eoarchean was followed by the Paleoarchean Era.

The name comes from two Greek words: eos (dawn) and archaios (ancient). The first supercontinent Vaalbara appeared around the end of this period around 3,600 million years ago.

A characteristic of the Eoarchean is that Earth possessed a firm crust for the first time. However, this crust may have been incomplete at many sites and areas of lava may have existed at the surface. The beginning of the Eoarchean is characterized by heavy asteroid bombardment within the inner solar system: the Late Heavy Bombardment. The Eoarchean is the first phase of our planet from which solid rock formations survived. The largest is the Isua Greenstone Belt at the south-west coast of Greenland. It appeared during the Eoarchean around 3.8 billion years ago. The Acasta Gneiss within the Canadian Shield have been dated to be 4,030 Ma and are therefore the oldest preserved rock formations. In 2008 another rock formation was discovered in the Nuvvuagittuq greenstone belt in northern Québec in Canada which has been dated to be 4,280 million years ago.[5] These formations are presently under intense investigation.[6]

3,850 million years old Greenland apatite shows evidence of 12C enrichment. This has sparked a debate whether there might have been photosynthetic life before 3.8 billion years ago. [7]