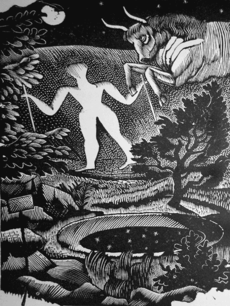 The Great Bardfield Artists were a community of artists who lived in Great Bardfield, a village in north west Essex, England, during the middle years of the 20th century.

In 1985, the Fry Art Gallery was established in Saffron Walden with the expressed aim of highlighting the paintings, prints, wallpapers, books, fabrics and ceramics made by the Great Bardfield art community between 1930 and 1970. Many of the artists have had exhibitions at the Fry Art Gallery and elsewhere.