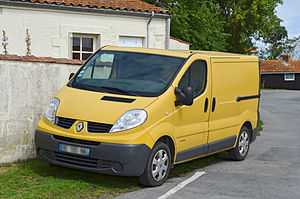 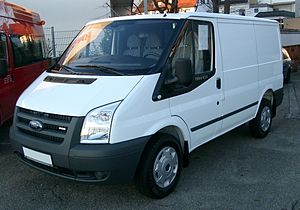 A light commercial vehicle is the official term used within the European Union, Australia, New Zealand, and occasionally in both Canada and Ireland (where Commercial Van is more frequently used) for a commercial carrier vehicle with a gross vehicle weight of not more than 3.5 tonnes; the term light goods vehicle (LGV) may also be used by member countries which can be confused with Large goods vehicle (also 'LGV') which is the official EU term for a vehicle with a gross vehicle weight of over 3.5 tonnes.

Qualifying light commercial vehicles include pickup trucks, vans and three-wheelers all commercially based goods or passenger carrier. The LCV concept was created as a compact truck and is usually optimised to be ruggedly built, have low operating costs and powerful yet fuel efficient engines, and to be utilised in intra-city operations.

Many franchised dealers also retail used LCVs, with the poorer quality examples sent to specialist auctions for sale. There is a large network of independent used commercial vehicle retailers who retail thousands of used commercial vehicles every month. LCV dealers are increasingly using the Internet to help sell their vehicles in addition to the traditional print media.