From Infogalactic: the planetary knowledge core
Jump to: navigation, search
For other uses, see Morval. 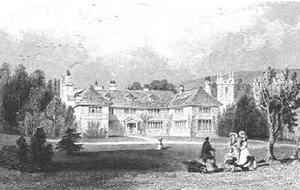 Morval parish is in the Liskeard Registration District and the population in the 2001 census was 616, which increased to 711 at the 2011 census.[2] The meaning of the name Morval is unknown. To the north the parish is bounded by the parishes of Dobwalls and Trewidland and Menheniot, to the east by St Germans, to the south by St Martin-by-Looe and to the west by Duloe.[3]

The 13th-century parish church, dedicated to St Wenna, is situated in a secluded location at OS Grid Ref SX260567 in Morval hamlet. It was probably built in the 13th century with transepts and a north aisle added in the 15th century. The west tower is built of slate.[3] A monument survives to Walter (or William?) Coode (died 1637) and his family. Two early pieces of communion plate survive comprising a paten of 1528–29, plain in design and the only pre-Reformation plate in Cornwall,[4] and a chalice of circa 1576. The church contains the oldest known sundial in Cornwall, dating back to 1671, and is one of only three 17th-century dials in Cornish churches. The dial is in a poor condition and a motto on the dial reads Ut Ora sic Vita.[5]

A hundred metres south of the church is Morval House,[6] the manor house, a large Tudor residence which was once the home of the Glynn, Buller and Kitson families. The house was altered in the 18th century and according to Nikolaus Pevsner (1970) is "one of the best in Cornwall".[7] The descent of the manor of Morval was as follows:

The estate was the property of John Coode, whose daughter and sole heiress Anne Coode married John Buller (1632–1716), MP, of Shillingham near Saltash, in Cornwall. 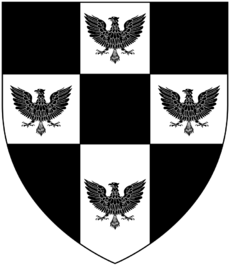 Arms of Buller: Sable, on a cross argent quarter pierced of the field four eagles displayed of the first[8]

The ancient family of Buller is descended from Ralph Buller of Word in Somerset, sixth in descent from whom was Richard Buller who settled in Cornwall and married the heiress of Tregarrick.[9] 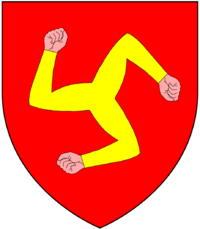