From Infogalactic: the planetary knowledge core
Jump to: navigation, search
For the movement within evangelical Christianity, see Biblical patriarchy. For uses not directly related to the Bible, see Patriarch (disambiguation). 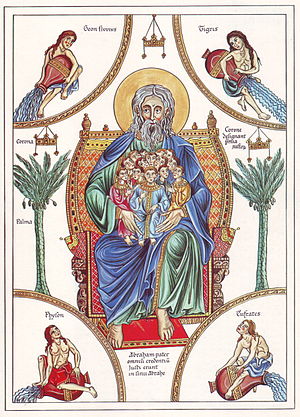 The Patriarchs (Hebrew: אבות ‎ Avot or Abot, singular Hebrew: אב ‎ Ab or Aramaic: אבא Abba) of the Bible, when narrowly defined, are Abraham, his son Isaac, and Isaac's son Jacob, also named Israel, the ancestor of the Israelites. These three figures are referred to collectively as the patriarchs of Judaism, and the period in which they lived is known as the patriarchal age. They play significant roles in Hebrew scripture during and following their lifetimes. They are used as a significant marker by God in revelations[1] and promises,[2] and continue to play important roles in the Abrahamic faiths. More widely, the term Patriarchs can be used to refer to the twenty ancestor-figures between Adam and Abraham. The first ten of these are called the Antediluvian patriarchs, because they came before the Flood. Judaism and Islam hold that the patriarchs and their primary wives – Sarah (wife of Abraham), Rebekah (wife of Isaac) and Leah (one of the wives of Jacob) – (known as the Matriarchs), are entombed at Machpelah in Hebron, a site held holy by Jews, Muslims, and Christians. Only Rachel, Jacob's favorite wife, is said to be buried separately in the Tomb of Rachel, near Bethlehem, where she is believed to have died in childbirth. More broadly, the term can also refer to any of the major figures of the Book of Genesis, including the lineage of Adam, before the Great Flood, and the lineage of Noah to repopulate the earth after the Flood.

"The long lives ascribed to the patriarchs cause remarkable synchronisms and duplications. Adam lived to see the birth of Lamech, the ninth member of the genealogy; Seth lived to see the translation of Enoch and died shortly before the birth of Noah. Noah outlived Abram’s grandfather, Nahor, and died in Abram’s sixtieth year. Shem, Noah’s son, even outlived Abram. He was still alive when Esau and Jacob were born!"[4] 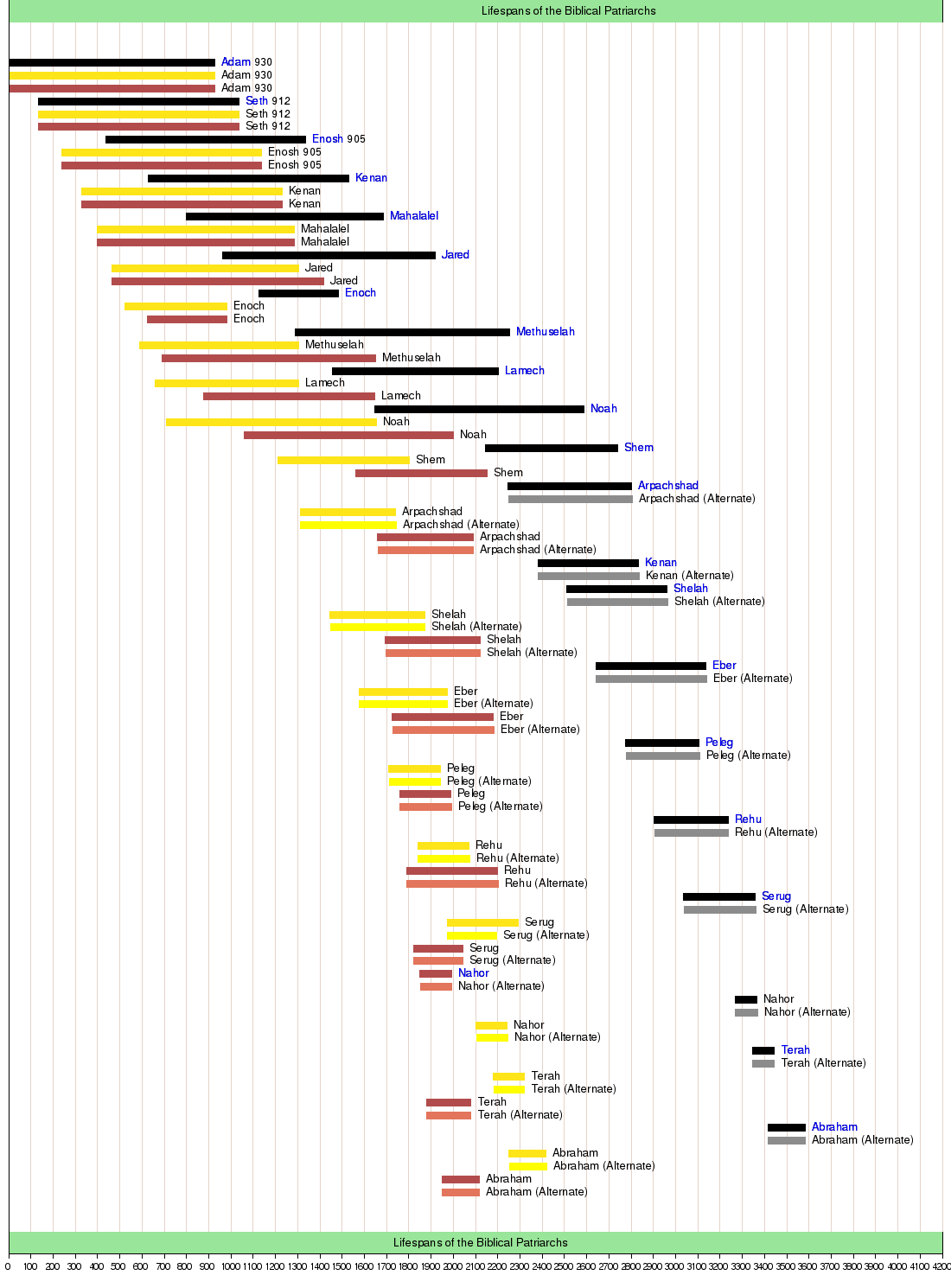 According to the Bible, many of the tribes living in the Middle East, between the time of Abraham and the time of Christ, have a genealogical connection to the Patriarchs or their descendants. This list, taken from the Book of Genesis, gives the details of that genealogy.

The twelve tribes of Israel include ten of the sons of Jacob (excluding Levi and Joseph) and the two sons of Joseph.

Abraham (Ibrahim in Islam) is considered the father of the Prophets in Islam because all subsequent prophets were his descendants (the Israelite prophets through Ishāq and Muhammad through Ismā'īl).