From Infogalactic: the planetary knowledge core
Jump to: navigation, search
File:The Peabody Essex Museum in Salem, MA.jpg
The main entrance to the museum

The Peabody Essex Museum in Salem, Massachusetts, is considered one of the oldest continuously operating museums in the United States. It is a successor to the East India Marine Society, established in 1799.[1] It combines the collections of the former Peabody Museum of Salem (which acquired the Society's collection) and the Essex Institute.[2][3] The museum holds one of the major collections of Asian art in the US. Its total holdings include about 1.3 million pieces, as well as twenty-two historic buildings.[4] The Peabody Essex ranks among the top 20 art museums in the U.S. by measures including gallery space and endowment. Once the Advancement Campaign is complete and the newly expanded museum opens in 2019, PEM will rank in the top 10 North American art museums in terms of gallery square footage, operating budget and endowment. The P.E.M has more than 840,000 works of art and culture featuring maritime art and history; American art; Asian, Oceanic, and African art; Asian export art; two large libraries with over 400,000 books, manuscripts.[2]

In 1992, the Peabody Museum of Salem merged with the Essex Institute to form the Peabody Essex Museum.[4] Included in the merger was the legacy of the East India Marine Society, established in 1799 by a group of Salem-based captains and supercargoes. Members of the Society were required by the society's charter to collect "natural and artificial curiosities" from beyond the Cape of Good Hope or Cape Horn. Due to the institution's age, the items they donated to the collections are significant for their rare combination of age and provenance. The East India Marine Society built the East India Marine Hall, a National Historic Landmark now embedded in the museum's facilities, in the 1820s to house its collection. This collection was acquired by the Peabody Academy of Science (later renamed the Peabody Museum of Salem) in 1867, along with the building, which continued to serve as a museum space through these mergers and acquisitions.

In 2003, the museum completed a massive $100 million renovation and expansion resulting in the Peabody Essex Museum opening a new wing designed by Moshe Safdie, more than doubling the gallery space to 250,000 square feet (23,000 m²); this allowed the display of many items from its extensive holdings, which had previously been unknown to the public due to lack of capability to show them. At this time, the museum also opened to the public the Yin Yu Tang House, an early 19th-century Chinese house from Anhui Province that had been removed from its original village and reconstructed in Salem.[4]

In 2011, the Peabody Essex Museum announced it had raised $550 million with plans to raise an additional $100 million by 2016.[5] The Boston Globe reported this was the largest capital campaign in the museum's history vaulting the Peabody Essex into the top tier of major art museums.[6] The Peabody Essex Museum trustees co-chairs Sam Byrne and Sean Healey with board president Robert Shapiro led the campaign.[7]$200 to $250 million will fund the museum’s 175,000-square-foot expansion bringing the total square footage to 425,000 square feet. [3] The museum is led by Dan Monroe, The Rose-Marie and Eijk van Otterloo Director and CEO.[8] In May 2012, the PEM confirmed that its expansion won't be finished until 2019 due the unexpected death, in April 2012, of museum architect Rick Mather, and the search for his replacement. The museum is still adding galleries, education space and a restaurant totaling 550,000 square, making the PEM one of the largest art museums in the country.

To replace architect Rick Mather, the firm of Ennead Architects was chosen after successfully completing the first phase of the building project, which included master planning and the renovation of the museum's Dodge wing, which was scheduled to open in November 2013. The museum's expansion project is to start in 2015, and the new wing will open to the public in 2019.[4]

Architecture in the Peabody Essex Museum 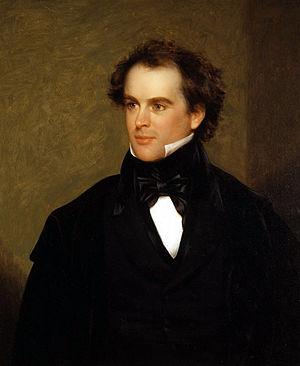 Among the American artists represented in the museum's collection: