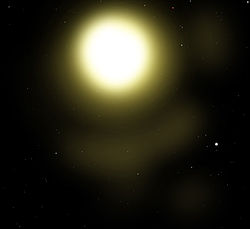 Yellow supergiants are in a region of the HR diagram known as the instability strip because their temperatures and luminosities cause them to be dynamically unstable. Most stars observed in the instability strip appear as variables, subgiants as RR Lyrae variables, giants as W Virginis variables (type II Cepheids), and brighter giants and supergiants as Classical Cepheids. In addition, there are much rarer yellow supergiant variables such as RV Tauri variables, thought to be post-AGB stars, and R Coronae Borealis, highly unusual carbon-rich stars with almost no hydrogen. Above the instability strip (i.e. more luminous) are found the yellow hypergiants, also unstable but with irregular pulsations and high mass loss. Yellow hypergiants are mostly stars that have already spent time as red supergiants and are evolving bluewards, although at least one example is known to be evolving for the first time into a red supergiant.

It is not expected that yellow supergiants should explode as a supernova before reaching the red supergiant stage, although it is unclear if post-red supergiant yellow hypergiants might collapse and form a supernova. However, a handful of supernovae have been associated with apparent yellow supergiant progenitors that are not luminous enough to be post-red supergiants. If these are confirmed then an explanation must be found for how a star of moderate mass still with a helium core would cause a core-collapse supernova. The obvious candidate in such cases is always some form of binary interaction.[5] 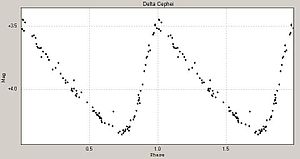