Anthony Johnson (b. c. 1600 – d. 1670) was a black Angolan known for achieving wealth in the early 17th-century Colony of Virginia. He was one of the first African American property owners and had his right to legally own a slave recognized by the Virginia courts. Held as an indentured servant in 1621, he earned his freedom after several years, and was granted land by the colony.[1]

He later became a successful tobacco farmer in Maryland. He attained great wealth after completing his term as an indentured servant, and has been referred to as "'the black patriarch' of the first community of Negro property owners in America".[1]

In the early 1620s, slave traders stole a man in Portuguese Angola, named him Antonio, and sold him into the Atlantic slave trade. Antonio was bought by a colonist in Virginia. As a slave, Antonio worked for a merchant at the Virginia Company.[2]

He sailed to Virginia in 1621 aboard the James. The Virginia Muster (census) of 1624 lists his name as "Antonio not given," recorded as "a Negro" in the "notes" column.[3] Historians have some dispute as to whether this was the Antonio later known as Anthony Johnson, as the census lists several "Antonios." This one is considered the most likely.[4]

Johnson was sold as an indentured servant to a white planter named Bennet to work on his Virginia tobacco farm. (Slave laws were not passed until 1661 in Virginia; prior to that date, Africans were not officially considered to be slaves).[5] Such workers typically worked under a limited indenture contract for four to seven years to pay off their passage, room, board, lodging, and freedom dues. In the early colonial years, most Africans in the Thirteen Colonies were held under such contracts of limited indentured servitude. With the exception of those enslaved for life, they were released after a contracted period. The lucky few who managed to survive their time of "servitude" would receive land and equipment after their contracts expired or were bought out.[6] Most white laborers in this period also came to the colony as indentured servants.

Antonio almost lost his life in the Indian massacre of 1622, when Bennet's plantation was attacked. The Powhatan, who were the Native Americans dominant in the Tidewater of Virginia, were trying to stop the colonists from ruining the lands. They fought the settlement where Johnson worked on Good Friday and killed 52 of the 57 men.

The following year (1623), "Mary, a Negro" arrived from England aboard the ship Margaret. She was brought to work on the same plantation as Antonio, where she was the only woman. Antonio and Mary married and lived together for more than forty years.[7]

Sometime after 1635, Antonio and Mary gained their freedom from indenture. Antonio changed his name to Anthony Johnson.[7] He first entered the legal record as a free man when he purchased a calf in 1647.[8]

Johnson was granted a large plot of farmland by the colonial government after he paid off his indentured contract by his labor.[9] On 24 July 1651, he acquired 250 acres (100 ha) of land under the headright system by buying the contracts of five indentured servants, one of whom was his son Richard Johnson. The headright system worked in such a way that if a man were to bring indentured servants over to America (in this particular case, Johnson brought the five servants), he was owed 50 acres a "head", or servant.[10] The land was located on the Great Naswattock Creek, which flowed into the Pungoteague River in Northampton County, Virginia.[11]. With his own indentured servants, Johnson ran his own tobacco farm. In fact, one of those servants, John Casor, would later become the first African man to be declared indentured for life.[12]

In 1652 "an unfortunate fire" caused "great losses" for the family, and Johnson applied to the courts for tax relief. The court reduced the family's taxes and on 28 February 1652, exempted his wife Mary and their two daughters from paying taxes at all "during their natural lives." At that time taxes were levied on people, not property. Under the 1645 Virginia taxation act, "all negro men and women and all other men from the age of 16 to 60 shall be judged tithable."[11][13] It is unclear from the records why the Johnson women were exempted, but the change gave them the same social standing as white women, who were not taxed.[13] During the case, the justices noted that Anthony and Mary "have lived Inhabitants in Virginia (above thirty years)" and had been respected for their "hard labor and known service".[7]

When Anthony Johnson was released from servitude, he was legally recognized as a "free Negro." He became a successful farmer. In 1651 he owned 250 acres (100 ha), and the services of five indentured servants (four white and one black). In 1653, John Casor, a black indentured servant whose contract Johnson appeared to have bought in the early 1640s, approached Captain Goldsmith, claiming his indenture had expired seven years earlier and that he was being held illegally by Johnson. A neighbor, Robert Parker, intervened and persuaded Johnson to free Casor. 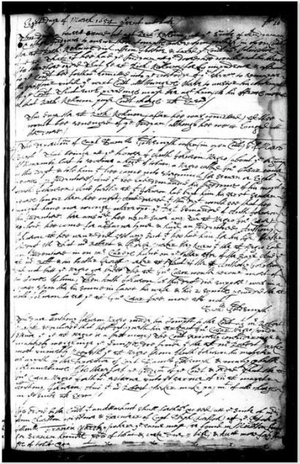 Parker offered Casor work, and he signed a term of indenture to the planter. Johnson sued Parker in the Northampton Court in 1654 for the return of Casor. The court initially found in favor of Parker, but Johnson appealed. In 1655, the court reversed its ruling.[16] Finding that Anthony Johnson still "owned" John Casor, the court ordered that he be returned with the court dues paid by Robert Parker.[17]

This was the first instance of a judicial determination in the Thirteen Colonies holding that a person who had committed no crime could be held in servitude for life.[18][19][20][21][22]

Though Casor was the first person declared a slave in a civil case, there were both black and white indentured servants sentenced to lifetime servitude before him. Many historians describe indentured servant John Punch as the first documented slave (or slave for life) in America, as punishment for escaping in 1640. Punch was required to "serve his said master or his assigns for the time of his natural Life here or elsewhere".[23][24][25] The Punch case was significant because it established the disparity between his sentence as a negro and that of the two European indentured servants who escaped with him (one described as Dutch and one as a Scotsman). It is the first documented case in Virginia of an African sentenced to lifetime servitude. It is considered one of the first legal cases to make a racial distinction between black and white indentured servants.[26][27]

The Casor lawsuit demonstrates the culture and mentality of planters in the mid-17th century. Individuals made assumptions about the society of Northampton County and their place in it. According to historians T.R. Breen and Stephen Innes, Casor believed he could form a stronger relationship with his patron Robert Parker than Anthony Johnson had formed over the years with his patrons. Casor considered the dispute to be a matter of patron-client relationship, and this wrongful assumption resulted in his losing his case in court and having the ruling against him. Johnson knew that the local justices shared his basic belief in the sanctity of property. The judge sided with Johnson, although in future legal issues, race played a larger role.[28]

The Casor lawsuit was an example of how difficult it was for Africans who were indentured servants to prevent being reduced to slavery. Most Africans could not read and had almost no knowledge of the English language. Planters found it easy to force them into slavery by refusing to acknowledge the completion of their indentured contracts.[1] This is what happened in Johnson v. Parker. Although two white planters confirmed that Casor had completed his indentured contract with Johnson, the court still ruled in Johnson's favor.[29] 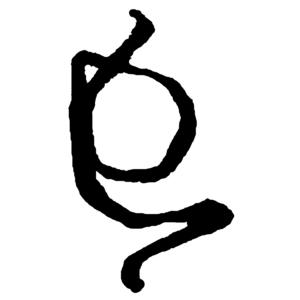 In 1657, Johnson’s white neighbor, Edmund Scarborough, forged a letter in which Johnson acknowledged a debt. Johnson did not contest the case. Johnson was illiterate and could not have written the letter; nevertheless, the court awarded Scarborough 100 acres (40 ha) of Johnson’s land to pay off his alleged "debt".[9]

In this early period, free blacks enjoyed "relative equality" with the white community. About 20% of free black Virginians owned their own homes. In 1662 the Virginia Colony passed a law that children in the colony were born with the social status of their mother, according to the Roman principle of partus sequitur ventrem. This meant that the children of slave women were born into slavery, even if their fathers were free, English, Christian, and white. This was a reversal of English common law, which held that the children of English subjects took the status of their father. Africans were considered foreigners and thus were not English subjects.[30]

Anthony Johnson moved his family to Somerset County, Maryland, where he negotiated a lease on a 300-acre (120 ha) plot of land for ninety-nine years. He developed the property as a tobacco farm, which he named Tories Vineyards.[31] Mary survived, and in 1672 she bequeathed a cow to each of her grandsons.

Research indicates that when Johnson died in 1670, his plantation was given to a white colonist, not to Johnson's children. A judge had ruled that he was "not a citizen of the colony" because he was black. [12] In 1677, Anthony and Mary’s grandson, John Jr., purchased a 44-acre (18-hectare) farm which he named Angola. John Jr. died without leaving an heir, however. By 1730, the Johnson family had vanished from the historical records.[32]