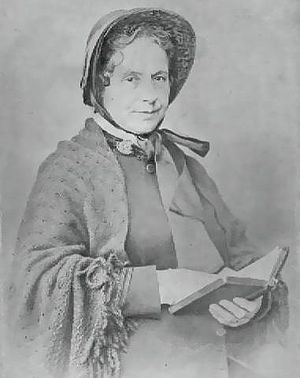 She was born as Catherine Mumford in Ashbourne, Derbyshire, England, in 1829 to Methodist parents, John Mumford and Sarah Milward. Her father was an occasional lay preacher and carriage maker;coach builder. Her family later moved to Boston, Lincolnshire, and later lived in Brixton, London. From an early age, Catherine was a serious and sensitive girl. She had a strong Christian upbringing and was said to have read the Bible through eight times before the age of 12.[1]

During Catherine’s adolescence a spinal curvature led to years of enforced idleness.[2] She kept herself busy, however, and was especially concerned about the problems of alcoholism. Even as a young girl she had served as secretary of a Juvenile Temperance Society writing articles for a temperance magazine. Catherine was a member of the local Band of Hope and a supporter of the national Temperance Society.

When Catherine refused to condemn Methodist Reformers in 1850, the Wesleyans expelled her. For the Reformers she led a girls’ Sunday school class in Clapham. At the home of Edward Rabbits, in 1851, she met William Booth, who also had been expelled by the Wesleyans for reform sympathies. William was reciting a temperance poem, “The Grog-seller’s Dream,” which appealed to Catherine, who had embraced the new Methodist passion for abstinence.[3]

They soon fell in love and became engaged. During their three-year engagement, Catherine constantly wrote letters of encouragement to William as he performed the tiring work of a preacher. They were married on 16 June 1855 at Stockwell Green Congregational Church in London. Their wedding was very simple, as they wanted to use their time and money for his ministry. Even on their honeymoon, William was asked to speak at meetings. 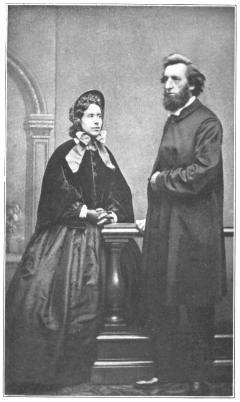 Catherine began to be more active in the work of the church at Brighouse. Though she was extremely nervous, she enjoyed working with young people and found the courage to speak in children's meetings. During this period she discovered a model, American Wesleyan revivalist Phoebe Palmer. With William’s encouragement, Catherine wrote a pamphlet, Female Ministry: Woman’s Right to Preach the Gospel (1859), in defense of American preacher Mrs. Phoebe Palmer’s preaching, whose preaching had caused a great stir in the area where the Booths lived. Female Ministry was a short, powerful apology for women’s rights to preach the gospel. The pamphlet identifies three major principles on which her convictions rested. First, Catherine saw that women are neither naturally nor morally inferior to men. Second, she believed there was no scriptural reason to deny them a public ministry. Third, she maintained that what the Bible urged, the Holy Spirit had ordained and blessed and so must be justified.[2] She complained that the “unjustifiable application” of Paul’s advice, “ ‘Let your women keep silence in the Churches,’ has resulted in more loss to the Church, evil to the world, and dishonor to God, than any of [its] errors.”[3]

At that time, it was unheard of for women to speak in adult meetings. She was convinced that women had an equal right to speak.In January 1860, following the birth of their fourth child, at Gateshead, during William's sermon, she asked to "say a word". She witnessed to her timidity about claiming her calling, yet William announced that she would speak that night.[3] It was the beginning of a tremendous ministry, as people were greatly challenged by her preaching.

She became a partner in her husband’s work and soon found her own sphere as a powerful preacher. She also spoke to people in their homes, especially to alcoholics, whom she helped to make a new start in life. Often she held cottage meetings for converts. She eventually began to hold her own campaigns. Many agree that no man of her era, including her husband, exceeded her in popularity or spiritual results.

Catherine Booth was eloquent and compelling in speech, articulate and devastatingly logical in writing, she had for over twenty years defended the right of women to preach the gospel on the same terms as men. At first, Catherine and her husband had shared a ministry as traveling evangelists, but then she came into great demand as a preacher in her own right, especially among the well-to-do. A woman preacher was a rare phenomenon in a world where women had few civil rights, and no place in the professions. Catherine Booth was both a woman and a fine preacher, a magnetic combination that attracted large numbers to hear her and made its own statement about the validity of women’s ministry.[2]

They began the work of The Christian Mission in 1865 in London's East End. William preached to the poor and ragged and Catherine spoke to the wealthy, gaining support for their financially demanding ministry. The textile industry employed as many women as men and contributed a substantial number of female officers. In addition, domestic indoor servants flocked to the Army, and many became officers.[4]

The "Appointments of Officers, 1883" lists 127 married men. This number is important, because wives were expected to help run the corps. Since wives were not compelled to attend the officers’ course at the Training Home, they were not given a commission and, therefore, did not appear in the list. General Booth had an active policy of encouraging officers to intermarry. The "Appointments of Officers, 1883" lists thirty-six couples who had done so, the women resigning their own rights of officership to become joint officers with their husbands. The loss of the women officers’ rights when marrying contradicts the constant statement regarding equality. The Army leaders were clearly not so radical as to lose the concept of man’s conjugal superiority. This social policy carried into pay; the husband, as head of the household, received the pay for the couple. The idea that single female officers could manage on less money than their male counterparts was abolished before the Second World War. Until that time, male officers received a third more pay than their female counterparts.[4]

Catherine Booth organized Food for the Million shops where the poor could buy a cheap meal and at Christmas, hundreds of meals were distributed to the needy.[5]

The Booths rented a small villa, Crossley House, in Clacton-on-Sea, which had a sea view that she loved.

Catherine Booth died at age 61 at Crossley House in Clacton-on-Sea. She is interred with her husband in Abney Park Cemetery, London.

Subsequently, the Crossley House was donated to people with learning disabilities and provided many summer holidays until it was sold to property developers in 2005. 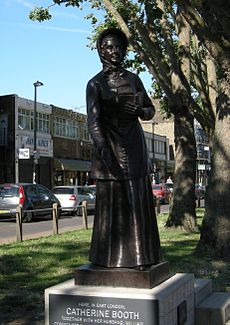 Statue of Catherine Booth in the Mile End Road, London, close to the site of the first Salvation Army meeting. The statue was donated by the women of the Salvation Army in the United States of America in 2015 to mark the Army's 150th anniversary.