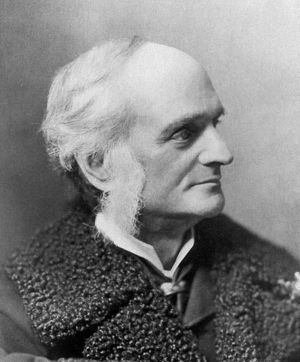 Hart was born in London, the son of a Jewish dentist. He was educated at the City of London school, and became a student at St Georges hospital. In 1856 he became a member of the Royal College of Surgeons, making a specialty of diseases of the eye. He was appointed ophthalmic surgeon at St Mary's hospital at the age of 28, and occupied various other posts, introducing into ophthalmic practice some modifications since widely adopted. His name, too, is associated with a method of treating popliteal aneurism, which he was the first to use in Great Britain.

His real life-work, however, was as a medical journalist, beginning with the Lancet in 1857. He was appointed editor of the British Medical Journal on 11 August 1866. During this time the British Medical Journal's harsh criticism of Isaac Baker Brown lead to the complete destruction of Brown's career. As editor Hart can be held accountable in part for this (as can the editor before him, William Orlando Markham). His campaigning editorials could be vicious. They were usually sententious and often self-congratulatory.

On 22 November 1866 Hart was appointed as a poorlaw inspector as his colleague William Orlando Markham rejected the position. He took a leading part in the exposures which led to the inquiry into the state of London work-house infirmaries, and to the reform of the treatment of sick poor throughout England, and the Infant Life Protection Act of 1872, aimed at the evils of baby-farming, was largely due to his efforts. The record of his public work covers nearly the whole field of sanitary legislation during the last thirty years of his life.

He had a hand in the amendments of the Public Health and of the Medical Acts, always promoting the medical profession above others in the public health field; in the measures relating to notification of infectious disease, to vaccination, to the registration of plumbers; in the improvement of factory legislation; in the remedy of legitimate grievances of Army and Navy medical officers; in the removal of abuses and deficiencies in crowded barrack schools; in denouncing the sanitary shortcomings of the Indian government, particularly in regard to the prevention of cholera.

Hart was also editor and proprietor of The Sanitary Record for a period, and chairman of the National Health Society.

Hart married his first wife, Rosetta Levy, in 1855. A coroner ruled her death to be the result of accidental poisoning, but rumours that Hart was in some way responsible for her death were said to inspire an episode of uxoricide in Frank Danby's 1887 novel Dr Phillips: a Maida Vale Idyll. For his second wife he married, in 1872, Alice Marion Rowland, the sister of social reformer Henrietta Barnett. Rowland had herself studied medicine in London and Paris, and was no less interested than her husband in philanthropic reform. She was most active in her encouragement of Irish cottage industries, and was the founder of the Donegal Industrial Fund.