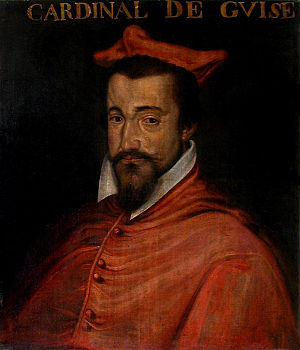 His dedication to the cause of his brother Henry I, Duke of Guise, and intransigence to the royal power provoked the hostility of Henry III. At the royal command, the Cardinal was assassinated at the Château de Blois by the King's bodyguard known as "the Forty-five", the day after his brother.

An illegitimate son, Louis bâtard de Guise (1588–1631), born of his liaison with Aimerie de Lescheraine, dame de Grimaucourt, was legitimised in 1610, after his father's death.