Neil Harris (born 12 July 1977) is the Head Coach of Millwall Football Club. Harris is an English former professional footballer who played as a striker, and is Millwall's all-time record goalscorer, with 125 league goals and 138 in all competitions. He broke the previous record of 111 goals, held by Teddy Sheringham, on 13 January 2009, during a 3–2 away win at Crewe Alexandra. He made 432 appearances for the club. He also played for Cambridge City, Cardiff City, Nottingham Forest, Gillingham and Southend United. Harris retired from professional football in June 2013 and took up a coaching role at Millwall. Having briefly acted as Caretaker Manager on the dismissal of Steve Lomas in January 2014, Harris was given the same role following the dismissal of Ian Holloway in March 2015 and was confirmed as permanent Manager of Millwall on 29 April 2015.[2]

A mural of Harris in Banksy style outside The Den.

Harris was born in Orsett, Essex[1] and educated at Brentwood School. One of his earliest clubs was Maldon Town but his real football career began when he signed for Cambridge City. He was later sold to Millwall for a fee of £30,000 on 25 March 1998. In his first full season, he was named player of the year for Millwall and later helped them to a Second Division championship in 2000–01 with a remarkable goal scoring record. Harris was the Golden Boot winner for being the top English goal scorer during the 2000–01 season, earning him the nickname of "Bomber", in reference to Arthur Travers Harris. Neil Harris was diagnosed with testicular cancer in 2001, but after receiving intensive treatment including surgery, he was given the all clear a year later. As a consequence he set up a cancer charity, the Neil Harris Everyman Appeal.[3] By the end of his first spell at Millwall, Harris was not being played because the then player-manager Dennis Wise did not believe he was up to par, and that led him to sign for Cardiff City on loan to prove he was good enough for first team football at Millwall.

Harris made his debut for Cardiff City when he replaced Cameron Jerome during a 3–1 win over Gillingham and, after one more substitute appearance, was handed his first and only start for Cardiff when manager Lennie Lawrence named him to play against Sheffield United and he repaid the faith shown in him by scoring Cardiff's only goal of the game in a 2–1 defeat.[4]

Cardiff City and Harris could not agree terms and he was subsequently sold to Nottingham Forest for an undisclosed fee after they were relegated to Football League One in the 2004–05 season.

Harris was unable to make an impact at the City Ground so was loaned out to Gillingham who had also been relegated to League One at the same time as Nottingham Forest. He scored six goals for Gillingham during his season long loan spell, at the end of which he returned to Forest.

Harris was hoping to make an impact under new manager Colin Calderwood. Harris's old club Millwall made a loan deal for him on a six-month deal in August 2006, however Harris rejected the offer saying if he were to move it would have to be on a permanent basis, and with Darren Byfield and Ben May set to return from injury for Millwall, Harris believed he would have once again been forced out the side, which was the reason he left The Den in the first instance. Millwall therefore, withdrew from transfer negotiations.

Harris finally opened his goal-scoring account for Forest on 2 September 2006, after 21 months of waiting in a 4–0 victory against Chesterfield.[5] It was a cutely struck volley from a few yards out. He and his team mates' joy was clear to see in his celebration, as he ran towards the corner of the stadium and did not look as though he would stop, until his team mates caught up. In the post match report, he admitted he was finally enjoying life at Nottingham Forest. Nonetheless, a certain contingent of the Forest fans still criticised Harris for his relatively poor scoring record and somewhat poor performance record.

In January 2007 Harris' contract was terminated by mutual consent.

Harris re-signed with Millwall on an 18-month contract on 8 January 2007, less than 24 hours after leaving Forest. Speaking to BBC Sport the next day Harris stated, "There is something special about this club, it brings out the best in me as a player and a person. It feels like home, it always has done. I can't wait to get started."

On 20 January 2007, in his second game for Millwall, Harris made club history by scoring in the 16th minute of the 4–0 win over Rotherham to become Millwall's top league goal scorer with 94 goals, surpassing the previous club record of 93 goals he had jointly held with Teddy Sheringham. Harris informed the South London Press, on 23 January, that it was his intention to surpass Sheringham's 111 goal total for Millwall, stating: "There is no question of me relaxing after one goal. At last I can say, without putting too much pressure on myself, that I want Teddy's overall record. The thing I've always wanted is to be number one, and that means getting a total of 112."[citation needed] 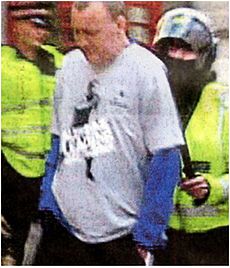 Towards the end of the 2007–08 season, as the club were mired in a relegation battle, Millwall boss Kenny Jackett told Harris that his contract would not be renewed in the summer as he was not in his first team plans for the following season; younger players such as Lewis Grabban, Gary Alexander, Bas Savage and Marc Laird had pushed him down the pecking order. Harris responded by stating that he had no intention of leaving the club he loved in its hour of need. Jackett brought Harris back into the first team squad on 15 March 2008, due to an injury to Gary Alexander that kept him out for the remainder of the season. Harris was instrumental in securing Millwall's League One status, scoring one goal and turning provider for the other two in Millwall's 3–0 home win over Carlisle United on 26 April. After a strong set of performances, the 30-year-old striker had managed to change Kenny Jackett's mind and was offered a new one-year contract on 6 May. Harris stated: "The club have made me a new offer which has pleased me professionally, because it shows that I have done enough to change the manager's mind. That makes me very happy."[citation needed] Harris signed a new one-year contract with The Lions on 4 June 2008.[6]

On 13 January 2009, Harris broke Teddy Sheringham's all time goal scoring record for Millwall during the 3–2 away win against Crewe Alexandra with his 112th goal for the club.[7] On 4 April, Harris signed a new one-year extension to his contract.

On 9 May 2009, Harris scored a vital 71st-minute goal in the first leg of the play-off semi final against Leeds United to put them 1–0 up going into the second leg at Elland Road.

On 11 August 2009, Harris scored a hattrick in a first round League Cup tie at home to Bournemouth.[8] Neil also scored the opening goal in the 3–1 extra time defeat to West Ham in the next round of the League Cup.[9] Harris scored once in the 3–1 victory over Huddersfield Town,[10] and also netted a hat-trick in the 4–0 away win at Stockport County.[11]

Harris suffered minor injuries during the latter part of the autumn 2009, but was in form again in January.

On 9 June 2011, Harris agreed a three-year deal with Southend United. He had a year to run on his deal with Millwall but manager, Kenny Jacket agreed to cancel the strikers contract by mutual consent allowing him to sign for his hometown club on a free transfer.[13] He scored his first goal for the club in a 4–0 win at Rotherham United on 24 September 2011.[14] Harris retired on 21 June 2013 after failing to recover from an injury.[15][16]