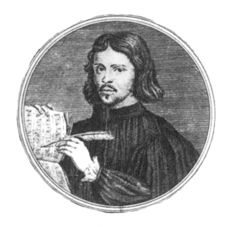 The Tallis Scholars is a British professional early music vocal ensemble normally consisting of two singers per part, with a core group of ten singers. They specialise in performing a cappella sacred vocal music.

The group was formed in 1973 by Peter Phillips, who in 1972-1975 was an organ scholar at St John's College, Oxford and studied music with David Wulstan and Denis Arnold. Philips invited the members of chapel choirs from Oxford and Cambridge to form an amateur Renaissance vocal music ensemble, which turned professional after ten years of concert-giving. From the first performance in the Church of St. Mary Magdalen, Oxford on November 3, 1973, Phillips aimed to produce a distinctive sound, influenced by choirs he admired, in particular the renowned Clerkes of Oxenford, directed by David Wulstan.[1][2] Since winning a Gramophone Award in 1987, the Tallis Scholars have been recognised as one of the world's leading ensembles in Renaissance polyphony.[3]

The Tallis Scholars singers tour widely, performing some 70 concerts a year, in Europe, North America, Asia and Australia. In April 1994, they sang Allegri's Miserere mei, Deus in the newly restored Sistine Chapel in Vatican, and performed in February 1994 in the Basilica di Santa Maria Maggiore in Rome to commemorate Palestrina's 400th anniversary.[3]

In 1999, they toured China, giving two concerts in Beijing. In 1998, the Tallis Scholars marked the ensemble's 25th anniversary with a performance in London's National Gallery. At the millennium, they performed in New York City with Paul McCartney. During the 2013-2014 40th-anniversary concert series, the group announced a world tour including the United States, Europe, Australia and New Zealand. The Tallis Scholars started the tour with a concert in St Paul's Cathedral in London for 2000 people.

Since March 1980, the Tallis Scholars have recorded on their own label, Gimell Records, established by Peter Phillips and Steve Smith.[4] The label was named after the compositional technique gymel. In accordance with Philips,

The word Gimell comes from the Latin word ‘gimellus’, meaning ‘a twin’, and it’s a technical term. It’s a corrupt form of the word gimellus that you find in manuscripts of the Tudor school where the part is twinned. You have to understand that in those days the music wasn’t written in score; it was written in parts so you’d only see your part. If you were singing your part and you saw the word ‘gimell’ it had to be decided in rehearsal that some of you singing that part would have to look elsewhere on the page, or even pick up another book and find your part. So it was a signpost.[5]

Soon, there was a critical consensus that, "the Tallis Scholar's recordings are of reliably high quality".[6] Between 1981 and 2006, the group recorded 40 critically acclaimed discs.[3] The recordings covered a repertoire from over 150 years of music history (approximately the years 1450–1600), with some excursions into later repertoire. In 2010, Gimmel released its 50th recording, Victoria's Lamentations of Jeremiah.[7] Other notable releases included Gramophone magazine's Record of the Year Award winning disc of Josquin's Missa Pange lingua and Missa La sol fa re mi.[3] In 2011, the ensemble's recording of Allegri's Miserere mei, Deus in Merton College, Oxford in 1980 was named by BBC Music Magazine as one of the "50 Greatest Recordings of All Time".[8] In 2013, the recording of John Taverner's Missa Gloria tibi Trinitas became the number one in the UK Specialist Classical Chart.[9]

According to Philips, during the 1982-1983 concert season, the group formed its core that was more or less consistent for the next 25 years. Some singers left the Tallis Scholars to develop their successful solo careers; these included Michael Chance, Mark Padmore, James Gilchrist, John Mark Ainsley, and Jeremy White, who became a principal bass at The Royal Opera, Covent Garden.[10]

The Tallis Scholars ensemble contributed to the wider and greater recognition of choral works of Tallis, Palestrina, Byrd, Tye, and de Victoria, among the other European Renaissance sacred and secular composers, while performing over 1800 concerts around the world and releasing 50 discs.[11] The singers have paved the way for many younger groups such as The Sixteen, The Clerks, The Cardinall's Musick, The Binchois Consort, Trinity Baroque, the Gabrieli Consort, and Octarium.[12] Founded in 1999, the Boston-based early-music a cappella ensemble Blue Heron is viewed by some critics as a direct influence of the Tallis Scholars on the American early-music scene.[13]

In 2000, the group established the Tallis Scholars Summer Schools, a program providing amateur singers and promising young professionals the opportunity to be coached by Phillips and other members of the ensemble in their specialist repertoire.[14] The program now includes three courses which take place in Oakham in the United Kingdom, Seattle in the United States, and Sydney in Australia.

Various members of the group have scholarly interests in addition to their activities as professional musicians. Phillips has published a scholarly text English Sacred Music 1549–1649.[15] Sally Dunkley, Francis Steele, and Deborah Roberts are all active as music editors and publishers with interests spanning the Renaissance and early Baroque music. Andrew Gant is also organist at the Chapel Royal.

In 2013, the New York Times characterized the Tallis Scholars as the "superb a cappella ensemble founded and conducted by Peter Phillips".[16] During their 40 years of concert performances, the group collected a number of recognitions.